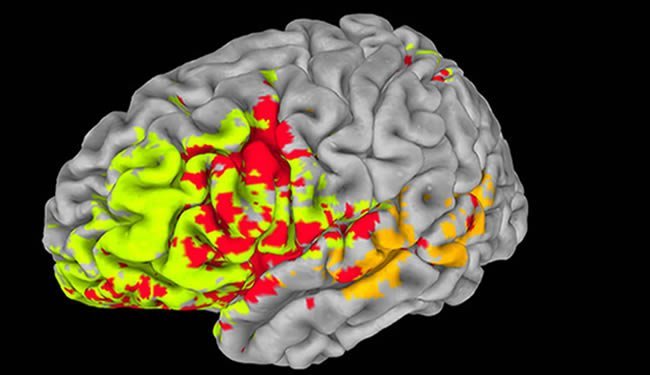 Researchers Use Brain Injury Data to Map Intelligence in the Brain

Scientists report that they have mapped the physical architecture of intelligence in the brain. Theirs is one of the largest and most comprehensive analyses so far of the brain structures vital to general intelligence and to specific aspects of intellectual functioning, such as verbal comprehension and working memory.

Their study, published in Brain: A Journal of Neurology, is unique in that it enlisted an extraordinary pool of volunteer participants: 182 Vietnam veterans with highly localized brain damage from penetrating head injuries.

“It’s a significant challenge to find patients (for research) who have brain damage, and even further, it’s very hard to find patients who have focal brain damage,” said University of Illinois neuroscience professor Aron Barbey, who led the study. Brain damage – from stroke, for example – often impairs multiple brain areas, he said, complicating the task of identifying the cognitive contributions of specific brain structures.

But the very focal brain injuries analyzed in the study allowed the researchers “to draw inferences about how specific brain structures are necessary for performance,” Barbey said. “By studying how damage to particular brain regions produces specific forms of cognitive impairment, we can map the architecture of the mind, identifying brain structures that are critically important for specific intellectual abilities.”

The researchers took CT scans of the participants’ brains and administered an extensive battery of cognitive tests. They pooled the CT data to produce a collective map of the cortex, which they divided into more than 3,000 three-dimensional units called voxels. By analyzing multiple patients with damage to a particular voxel or cluster of voxels and comparing their cognitive abilities with those of patients in whom the same structures were intact, the researchers were able to identify brain regions essential to specific cognitive functions, and those structures that contribute significantly to intelligence.

The researchers also found that brain regions for planning, self-control and other aspects of executive function overlap to a significant extent with regions vital to general intelligence.

The study provides new evidence that intelligence relies not on one brain region or even the brain as a whole, Barbey said, but involves specific brain areas working together in a coordinated fashion.

“In fact, the particular regions and connections we found support an emerging body of neuroscience evidence indicating that intelligence depends on the brain’s ability to integrate information from verbal, visual, spatial and executive processes,” he said.

The findings will “open the door to further investigations into the biological basis of intelligence, exploring how the brain, genes, nutrition and the environment together interact to shape the development and continued evolution of the remarkable intellectual abilities that make us human,” Barbey said.

Barbey also is a professor of psychology and of speech and hearing science, an affiliate of the Beckman Institute, and the director of the Decision Neuroscience Laboratory at Illinois.

Notes about this intelligence research article