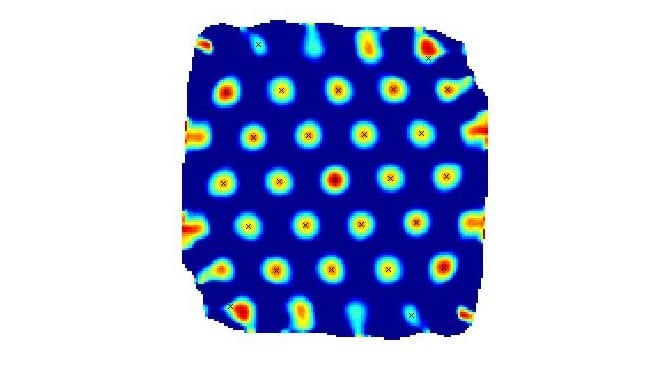 Better understanding of mapmaking in the brain

“Grid cells,” which help the brain map locations, have been found for the first time outside of the hippocampus in the rat brain, according to new research from the Norwegian University of Science and Technology (NTNU). The finding should help further our understanding of how the brain generates the internal maps that help us remember where we have been and how to get to where we want to go.

Five years ago, researchers at NTNU’s Kavli Institute for Systems Neuroscience were the first to discover the intricacies of how the brain creates internal maps using grid cells in a coordinate system. Grid cells provide geometric coordinates for locations and help the brain generate an internal grid to help in navigation. Along with place cells, which code for specific locations, head direction cells, which act like a compass, and border cells, which define the borders of an environment, grid cells enable to brain to generate a series of maps of different scales and help with recognition of specific landmarks.

Until now, however, place cells had only been found in the hippocampus and grid and border cells in the medial entorhinal cortex. But in the August issue of Nature Neuroscience, Kavli researchers report finding many grid cells intermingled with head direction and border cells in the presubiculum and parasubiculum areas of the brain, which are locations that are the source of some of the major inputs of medial entorhinal cortex.

This finding will help in particular scientists who are trying to understand the mechanisms that actually generate grid signals in the brain. The presubiculum and the parasubiculum are not the same as the medial entorhinal cortex but share some properties and connections. “It is in this direction that we should look for further explanations,” says Charlotte Boccara, the first author of the paper and a researcher at the Kavli Institute.