Summary: Teenagers who regularly eat breakfast with their parents have a more positive body image than those who skip the meal or do not eat with their family.

Parents hoping to raise teenagers with positive body image might just find helpful tools in the kitchen every morning. A new study from the University of Missouri says consistently eating breakfast as a family might promote positive body image for children and adolescents.

“We know that developing healthy behaviors in adolescence such as eating breakfast every day and eating family meals can have long-term effects into adulthood,” said Virginia Ramseyer Winter, assistant professor in the School of Social Work and director of the MU Center for Body Image Research and Policy. “Children and adolescents are under a lot of pressure from social media and pop culture when it comes to physical appearance. Having a healthy relationship with food from eating breakfast and spending meal time with family might have a significant impact on well-being.”

Researchers analyzed data from more than 12,000 students in more than 300 schools in all 50 states and Washington D.C. They looked at data related to eating behaviors, including frequency of eating breakfast and eating meals with a parent. 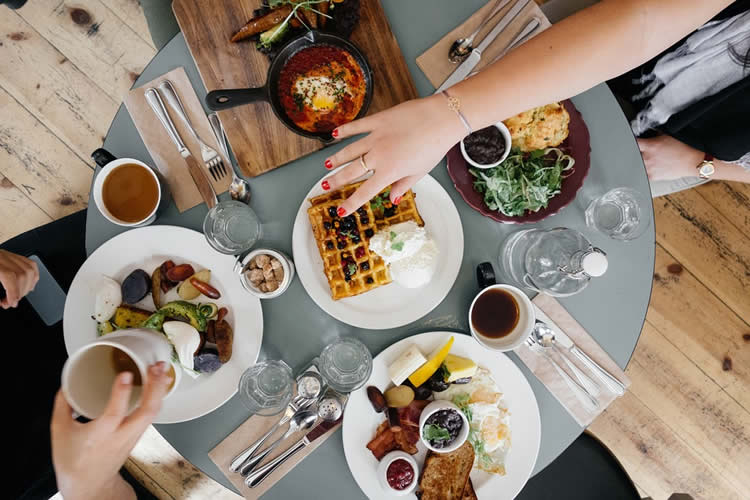 Additionally, the researchers found that children were much more likely to have a positive body image if they regularly ate breakfast with a parent. The image is in the public domain.

Additionally, the researchers found that children were much more likely to have a positive body image if they regularly ate breakfast with a parent.

“We know that the health behaviors of a parent can have long-term effects on a child,” Ramseyer Winter said. “Results of this study suggest that positive interactions with food– such as eating breakfast and having family meals together– could be associated with body image.”

“Eating breakfast and family meals in adolescence: the role of body image,” recently was published in Social Work in Public Health. Aubrey Jones, a doctoral student at the University of Tennessee-Knoxville, and Elizabeth O’Neill, assistant professor at Washburn University, also contributed to the study.

The study is part of the newly created Center for Body Image Research and Policy, an interdisciplinary research center housed in the MU College of Human Environmental Sciences. The center was built around the goal to improve body image, health and wellness for individuals, families and communities.

Eating Breakfast and Family Meals in Adolescence: The Role of Body Image