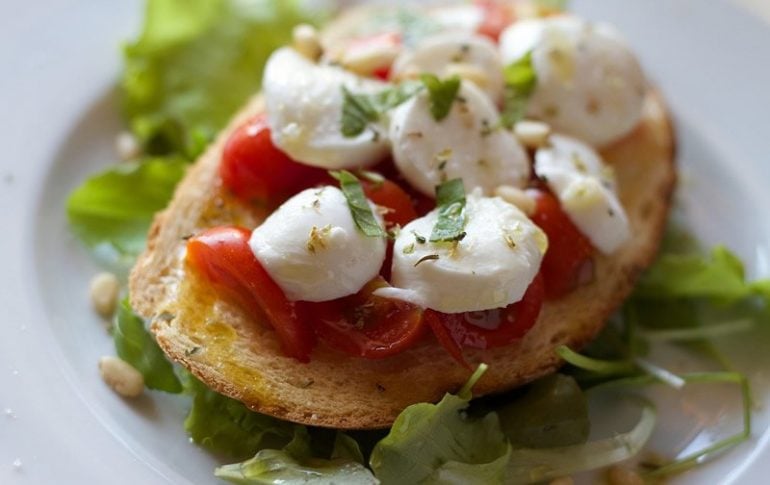 The researchers examined the effects of nine components of the Mediterranean diet on cognition. The image is in the public domain.

Summary: Following a Mediterranean diet with greater adherence was linked to the lowest risk of cognitive impairment. High fish and vegetable consumption appeared to have the greatest protective effect against cognitive decline.

According to a recent analysis of data from two major eye disease studies, adherence to the Mediterranean diet – high in vegetables, whole grains, fish, and olive oil – correlates with higher cognitive function. Dietary factors also seem to play a role in slowing cognitive decline. Researchers at the National Eye Institute (NEI), part of the National Institutes of Health, led the analysis of data from the Age-Related Eye Disease Study (AREDS) and AREDS2. They published their results today in the journal Alzheimer’s and Dementia.

“We do not always pay attention to our diets. We need to explore how nutrition affects the brain and the eye” said Emily Chew, M.D., director of the NEI Division of Epidemiology and Clinical Applications and lead author of the studies.

The researchers examined the effects of nine components of the Mediterranean diet on cognition. The diet emphasizes consumption of whole fruits, vegetables, whole grains, nuts, legumes, fish, and olive oil, as well as reduced consumption of red meat and alcohol.

The numerical differences in cognitive function scores between participants with the highest versus lowest adherence to a Mediterranean diet were relatively small, meaning that individuals likely won’t see a difference in daily function. But at a population level, the effects clearly show that cognition and neural health depend on diet.

The researchers also found that participants with the ApoE gene, which puts them at high risk for Alzheimer’s disease, on average had lower cognitive function scores and greater decline than those without the gene. The benefits of close adherence to a Mediterranean diet were similar for people with and without the ApoE gene, meaning that the effects of diet on cognition are independent of genetic risk for Alzheimer’s disease.

Funding: The AREDS and AREDS2 studies were supported by the NEI Intramural Research Program and contracts NOI-EY-0-2127 (AREDS), HHS-N-260-2005-00007-C (AREDS2), and N01-EY-5-0007 (AREDS2). Additional research funds were provided by the NIH Office of Dietary Supplements, the National Center for Complementary and Integrative Health, the National Institute on Aging, the National Heart, Lung, and Blood Institute, and the National Institute of Neurological Disorders and Stroke. The AREDS trial is registered at http://www.ClinicalTrials.gov as NCT00594672. AREDS2 is registered as NCT00345176. The studies took place at the NIH Clinical Center.

Introduction
The objective was to determine whether closer adherence to the alternative Mediterranean Diet (aMED) was associated with altered cognitive function.

Discussion
Closer Mediterranean diet adherence was associated with lower risk of cognitive impairment but not slower decline in cognitive function. Apolipoprotein E (APOE) haplotype did not influence these relationships.