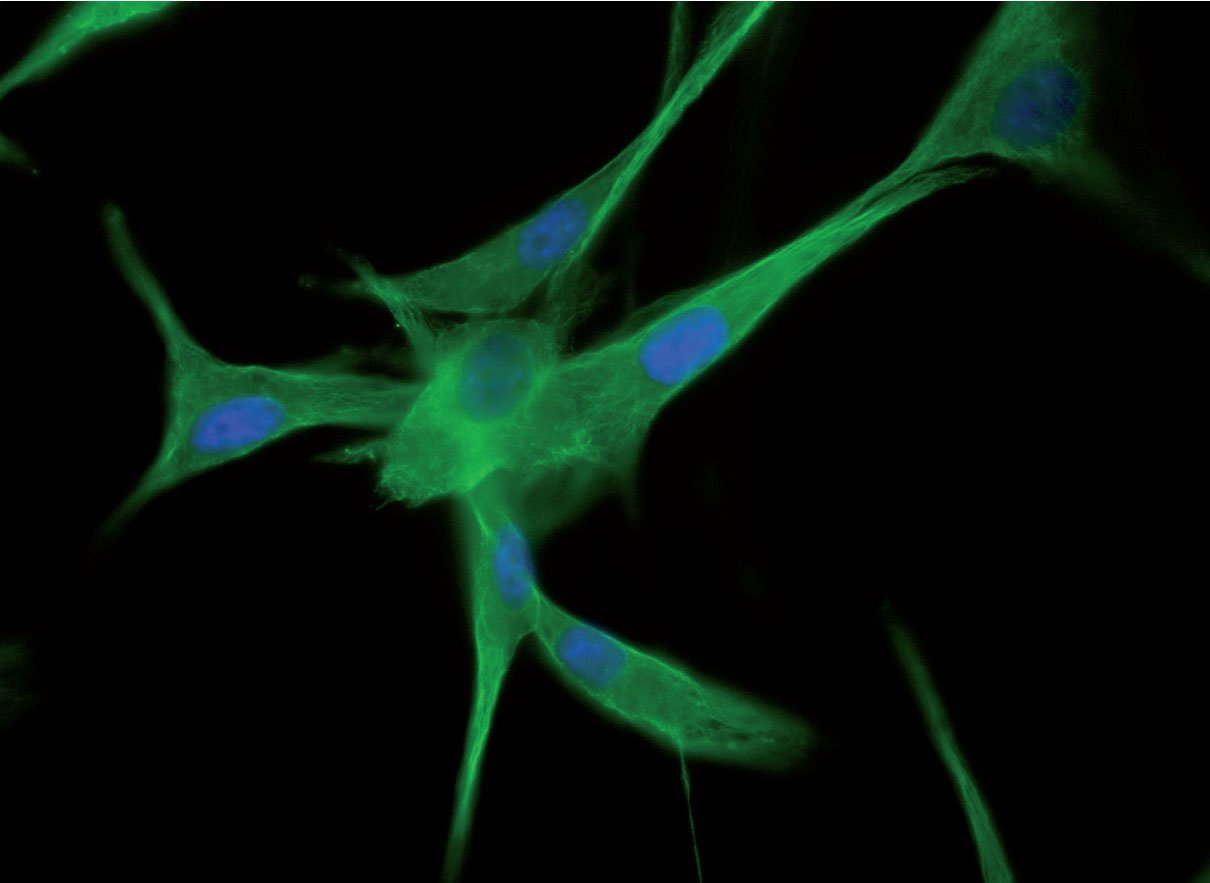 An enzyme that facilitates the breakdown of specific amino acids makes brain cancers particularly aggressive. Scientists from the German Cancer Research Center (DKFZ) discovered this in an attempt to find new targets for therapies against this dangerous disease. They have reported their findings in the journal Nature Medicine.

“The study of the IDH gene currently is one of the most important diagnostic criteria for differentiating glioblastomas from other brain cancers that grow more slowly,” says Dr. Bernhard Radlwimmer from the German Cancer Research Center (Deutsches Krebsforschungszentrum, DKFZ). “We wanted to find out what spurs the aggressive growth of glioblastomas.” In collaboration with scientists from other institutes including Heidelberg University Hospital, Dr. Martje Tönjes and Dr. Sebastian Barbus from Radlwimmer’s team compared gene activity profiles from several hundred brain tumors. They aimed to find out whether either altered or intact IDH show further, specific genetic characteristics that might help explain the aggressiveness of the disease.

The researchers found a significant difference between the two groups in the highly increased activity of the gene for the BCAT1 enzyme, which in normal brain tissue is responsible for breaking down so-called branched-chain amino acids. However, Radlwimmer’s team discovered, only those tumor cells whose IDH gene is not mutated produce BCAT1. “This is not surprising, because as IDH breaks down amino acids, it produces ketoglutarate – a molecule which BCAT1 needs. This explains why BCAT1 is produced only in tumor cells carrying intact IDH. The two enzymes seem to form a kind of functional unit in amino acid catabolism,” says Bernhard Radlwimmer.

Glioblastomas are particularly dreaded because they aggressively invade the healthy brain tissue that surrounds them. When the researchers used a pharmacological substance to block BCAT1’s effects, the tumor cells lost their invasive capacity. In addition, the cells released less of the glutamate neurotransmitter. High glutamate release is responsible for severe neurological symptoms such as epileptic seizures, which are frequently associated with the disease. When transferred to mice, glioblastoma cells in which the BCAT1 gene had been blocked no longer grew into tumors.

“Altogether, we can see that overexpression of BCAT1 contributes to the aggressiveness of glioblastoma cells,” Radlwimmer says. The study suggests that the two enzymes, BCAT1 and IDH, cooperate in the decomposition of branched-chain amino acids. These protein building blocks appear to act as a “food source” that increases the cancer cells’ aggressiveness. Branched-chain amino acids also play a significant role in metabolic diseases such as diabetes. This is the first time that scientists have been able to show the role of these amino acids in the growth of malignant tumors.

“The good news,” sums up Radlwimmer, “is that we have found another target for therapies in BCAT1. In collaboration with Bayer Healthcare, we have already started searching for agents that might be specifically directed against this enzyme.” The researchers also plan to investigate whether BCAT1 expression may serve as an additional marker to diagnose the malignancy of brain cancer.

The project was funded by the National Genome Research Network (NGFN).