How does our brain trigger different sighs? 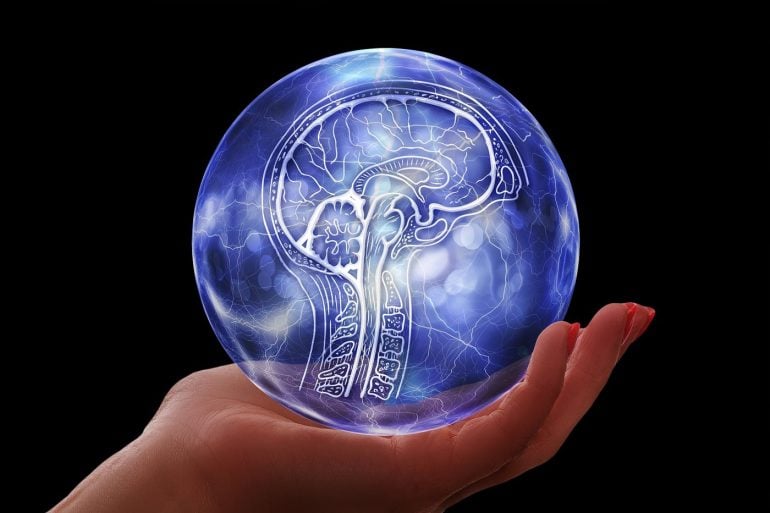 Summary: Researchers have identified a brain circuit that regulates all types of sighing but activates sighs for different reasons using input signals from different parts of the brain.

One group of neurons controls various types of sighing, but they receive their instructions from different areas of the brain depending on the reason for the sigh, according to a study scheduled to publish June 16 in the journal Cell Reports.

Humans and other mammals sigh automatically once every few moments­ to maintain proper lung function. This so-called basal sighing is part of the normal breathing process and happens automatically, without us having to think about it. But beyond serving an essential physiological purpose, sighs also occur as behavioral responses to emotions ranging from stress and annoyance to relief.

“We want to understand how all of these diverse inputs, both emotional and physiological, lead to the same behavioral output,” said Peng Li, a physiologist and assistant professor at the University of Michigan Life Sciences Institute.

Understanding the brain’s control of emotions is a central goal of neurobiology and psychiatry, but it is difficult due to the challenges in teasing out emotional brain states and their complex outputs.

Because sighs offer a simple, measurable output from the brain, Li and his colleagues use them to learn more about how neural circuits communicate to regulate behavioral responses. They investigate how distinct neural circuits enable the brain to control sighing and breathing in different contexts, by studying the circuits in mice–which also exhibit both basal and emotional sighing and have brains that are architecturally similar to those of humans.

Previously, Li and colleagues identified the neurons and pathways that regulate basal sighing. In this newest study, the researchers traced up from these so-called NMB-neurons (short for neurons expressing Neuromedin B) to see what signals they were receiving when mice were under stress, and found a dozen forebrain regions that send direct inputs to the sigh-control center.

When the mice were confined to a small space, inducing a claustrophobic-like state, their sighing rate increased by two to three times. Using genetic tools, the researchers identified another type of neurons in one of the forebrain regions, called hypocretin-expressing (HCRT) neurons, that were firing under stress and sending signals to the NMB-neurons. The researchers then artificially activated the HCRT-neurons, without confining the mice, and saw the same change in sighing rate.

The researchers found that HCRT-neurons also were responsible for an increased breathing rate when the mice were under confinement stress. Since NMB-neurons only control sighing, and not regular breathing, this finding indicates that the HCRT-neurons are sending signals to other parts of the brain simultaneously to activate different stress-induced behaviors.

“So we’ve found the circuit that regulates all types of sighing, but activates sighs for different reasons using input signals from different parts of the brain. And we found another group of neurons that induces sighing in response to this claustrophobic stress, but also regulates other claustrophobia-related outputs,” said Li, who is also an assistant professor at the U-M School of Dentistry and Medical School.

“These findings give us clues about how the brain is wired to control various behavioral and physiological responses to emotions.”

The work performed for this study was approved by the U-M Institutional Animal Care & Use Committee and the Stanford University Administrative Panel on Laboratory Animal Care.

Summary
Emotions are distinct patterns of behavioral and physiological responses triggered by stimuli that induce different brain states. Elucidating the circuits is difficult because of challenges in interrogating emotional brain states and their complex outputs. Here, we leverage the recent discovery in mice of a neural circuit for sighing, a simple, quantifiable output of various emotions. We show that mouse confinement triggers sighing, and this “claustrophobic” sighing, but not accompanying tachypnea, requires the same medullary neuromedin B (Nmb)-expressing neurons as physiological sighing. Retrograde tracing from the Nmb neurons identified 12 forebrain centers providing presynaptic input, including hypocretin (Hcrt)-expressing lateral hypothalamic neurons. Confinement activates Hcrt neurons, and optogenetic activation induces sighing and tachypnea whereas pharmacologic inhibition suppresses both responses. The effect on sighing is mediated by HCRT directly on Nmbneurons. We propose that this HCRT-NMB neuropeptide relay circuit mediates claustrophobic sighing and that activated Hcrt neurons are a claustrophobia brain state that directly controls claustrophobic outputs.