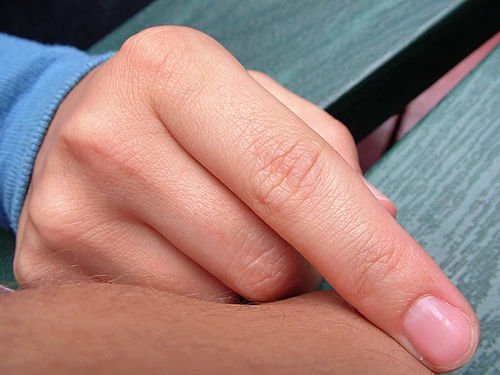 Scientists have identified two proteins which may have a critical function in biological systems. The proteins, named Piezo1 and Piezo2, have been identified as being involved in cellular response to mechanical stimulation.

Scripps Research Institute scientists have identified two proteins with potential to be important targets for research into a wide range of health problems, including pain, deafness, and cardiac and kidney dysfunction.

The study was published in Science Express, the advanced, online edition of the journal Science, on September 2, 2010.

In the study, the Scripps Research scientists identify two proteins, which they named Piezo1 and Piezo2 from the Greek meaning “pressure,” involved in the cellular response to mechanical stimulation.

“We are very excited about this finding,” said Scripps Research Professor Ardem Patapoutian. “Piezo1 and Piezo2 could have a critical function in many biological systems and diseases. Scientists studying a variety of fields pain and touch, hearing, sensing blood pressure, and so forth have been hunting for these types of proteins for a long time.”

“In general, our work focuses on how mammals sense physical stimuli such as temperature and pressure,” said Research Associate Bertrand Coste, a postdoctoral researcher in the Patapoutian lab and first author of the paper. “Over the past 10 to 15 years, Ardem Patapoutian’s lab and others have described ion channels, fast-signaling proteins, which are activated by shifts in temperature and are required for thermosensation. However, until now we did not know the identity of the proteins that sense force or pressure.”

May the Force Be with Us

Mechanotransduction plays crucial and wide-ranging roles in physiology. In mammals, embryonic development, touch, pain, hearing, and lung growth are among the biological processes regulated by mechanotransduction. In plants, mechanical force strongly impacts growth, and unicellular organisms such as ciliates sense touch and change direction in response.

Mechanically activated cationic currents, ionic fluxes in the cell produced by applying pressure directly on the cell membrane, have been observed by many groups. These fluxes lead to electrical currents that are detected by recording at the single cell level, and have the property to be carried by positively charged ions, such as calcium (Ca2+), sodium (Na+) and potassium (K+).

Presumably, Patapoutian’s group reasoned, ion channels must be operating to convert mechanical force into chemical signals. However, no vertebrate mechanically activated cation channels had been identified. So the group worked for the past three years to discover the precise identity of these ion channels.

Working to Identify the Responsible Proteins

To identify proteins involved in mechanotransduction, the team screened several cell lines that express a mechanically activated current similar to those recorded from primary cells. The screening was done by testing different cell lines immortalized cells that are commonly used by laboratories to study many biological processes in vitro for the expression of mechanically activated currents. The screen consisted of recording the currents in single cells activated by applying pressure.

Once the cell line expressing the most consistent mechanically activated currents was identified, the Patapoutian lab moved on to the task of generating a list of candidate mechanically activated ion channels from the cells. To do so, the Patapoutian lab used microarrays to search for transcripts, RNA with a transcribed code. As a starting point, the team identified close to 450 candidate genes and prioritized them to about 100 based on what was already known about them.

Each candidate was tested using siRNA knockdown, a molecular biology technique used to suppress the expression of a target gene. In this process, a small sequence of RNA is selectively directed against an RNA messenger, which leads to its degradation, thereby inhibiting the production of the protein. Knockdown of Piezo1 (initially called Fam38A) caused a pronounced decrease of mechanically activated currents. Many animal, plant, and other eukaryotic species contain a single Piezo. Vertebrates have two members, Piezo1 and Piezo2.

“The screen was probably the most challenging step because of the relatively slow speed of the screen,” said Coste. “We tested each of the candidates using patch clamp electrophysiology, which is a time-consuming technique. But this was also the strength of the project, because this technique assayed the mechanotransduction process directly, leading to very few false positives.” Patch clamp recording, commonly used to study ion channels or record electrical signals in excitable cells such as neurons, was supplemented by a system allowing fine mechanical stimulation of cells using a probe which is moved by micrometer steps.

Next, the lab team did an expression study to learn more about both of these proteins.

“We identified a gene that codes for a protein that plays an essential role in sensing touch and pressure,” Coste explained. “This DNA sequence was inserted in an expression vector, a molecular biology tool allowing us to introduce it in cell lines, leading to the expression of the protein in heterologuous systems to study its function.”

Through this overexpression study, the scientists showed that Piezo1 and Piezo2 were both inducing large mechanically activated currents.

“The identification of the Piezo family involved in mechanotransduction was the first step that we hope will enable many studies,” said Coste. “The broad expression pattern of Piezo1 and Piezo2 proteins among tissues will trigger the exploration of Piezo physiological function in various mechanosensitive organs such as the kidney, lungs, or ear.”

In addition to Coste and Patapoutian, the authors of this paper were Manuela Schmidt, Taryn J. Earley, Sanjeev Ranade, and Adrienne E. Dubin in the Scripps Research Institute Department of Cell Biology, and Jayanti Mathur and Matt J. Petrus from the Genomics Institute of the Novartis Research Foundation in San Diego.

Coste was supported in this work by an American Heart Association postdoctoral fellowship. This research was also funded by grants from the National Institutes of Health and Novartis Research Foundation.

About The Scripps Research Institute

The Scripps Research Institute is one of the world’s largest independent, non-profit biomedical research organizations, at the forefront of basic biomedical science that seeks to comprehend the most fundamental processes of life. Scripps Research is internationally recognized for its discoveries in immunology, molecular and cellular biology, chemistry, neurosciences, autoimmune, cardiovascular, and infectious diseases, and synthetic vaccine development. Established in its current configuration in 1961, it employs approximately 3,000 scientists, postdoctoral fellows, scientific and other technicians, doctoral degree graduate students, and administrative and technical support personnel. Scripps Research is headquartered in La Jolla, California. It also includes Scripps Florida, whose researchers focus on basic biomedical science, drug discovery, and technology development. Scripps Florida is located in Jupiter, Florida. See www.scripps.edu