Summary: Researchers are exploring how they can transform common items of clothing to help monitor Parkinson’s disease and other neurological conditions.

Prescribing a medication plan for a patient with Parkinson’s disease is a big challenge for doctors, but now a University of Rhode Island biomedical engineering professor and his students are making great strides in solving that problem with their groundbreaking research.

“We are in the era of game-changing technology, especially in health care,’’ says Mankodiya. “URI’s College of Engineering is pioneering new medical devices that will change the way people receive medical care. It’s an exciting time for the University—and Rhode Islanders.’’

Mankodiya’s research focuses on smart textiles—wearable items embedded with sensors, electronics and software that can collect data from patients, even though they are at home, and deliver it to doctors. The benefit is that doctors will be able to make more informed decisions remotely, and patients will be more involved with their care.

The professor and his team of students have been working on “smart wearables’’ for years as part of their research on the “Internet of Things,’’ a framework to automate human interactions with Cloud computing. One creation that made headlines last year was a wristband that monitors the tremors of Parkinson’s patients and sends that information to doctors over an Internet connection.

This year, the team is turning its attention to textiles, designing items for patients with neurological illnesses. The gloves are the latest project. They are embedded with sensors on the fingers and thumb that measure tremors and rigidity—common symptoms of Parkinson’s.

The gloves, in turn, are connected to cell phones, which process the data and deliver it to neurologists in their offices. This way, doctors can manage the treatment plan of the patient day-to-day, ensuring that medication is working properly and eliminating the need for patients to make stressful clinical visits.

“Patients with Parkinson’s face many mobility issues—driving and even walking long distances,’’ Mankodiya says. “The glove will give patients the option of receiving health care while remaining at home, and it also reduces the risk of falls and other accidents.’’

Mankodiya is also working on high-tech socks for people who have suffered strokes. Again, sensors and software woven into the fabric relay information about a patient’s gait to doctors and physical therapists so they can tailor rehabilitation therapy to each patient.

“The socks examine the walking stride,’’ Mankodiya says. “They can quantify movements of the knee and ankle joints to find subtle irregularities that require therapy. The socks also monitor a patient’s progress.’’

Other projects focus on developing tools to image, sense and record brain function to treat Parkinson’s, as well as other neurological diseases, like epilepsy. The projects were made possible through National Science Foundation grants, one of which involves collaboration with Walter Besio, URI professor of biomedical engineering.

In addition, Mankodiya is partnering with Lifespan Hospitals to create smartwatch technologies for patients with psychiatric illnesses and autism. Although research is still in the early stages, the watches are expected to measure the patients’ daily behavior and activities.

Nick Peltier, a senior majoring in computer science, is creating a smartwatch app that will help people with autism. He says the project is the most satisfying one he’s tackled at URI.

“I hope the watch will help these patients learn about themselves and make it easier for the parents and caregivers to know what’s going on,’’ says Peltier, of Coventry. “Let’s say a response is triggered every Tuesday, at the same time, on the patient’s smartwatch. The next step would be to determine what’s happening during that time on that day so the person can make adjustments.’’

Matt Constant, a junior computer engineering major, is also working on the smartwatch app, as well as the glove. “It’s very fulfilling,’’ says Constant of West Warwick. “I get to apply what I’m learning in classes and also help people. I’m experiencing things at URI that I would never learn otherwise. It’s exciting working on important problems like this at such a young age.’’

Born in India, Mankodiya received his bachelor’s degree in biomedical engineering from Saurashtra University and his doctorate in computer science from the University of Luebeck in Germany. He did post-doctorate research at Carnegie Mellon University and joined URI in 2014.

Besides running his lab, he also teaches a popular course called the “Wearable Internet of Things.’’ Some students in his class are working on a smart dog collar to scare away coyotes. Based on a coyote-resistant vest created by a Middletown 7th grader, the collar is expected to shine brightly and ring when coyotes are nearby.

How does the collar know coyotes are lurking? “Good question!’’ says Mankodiya. “That is the challenge the students have to answer.’’

Mankodiya is busy off campus, too. He represents URI’s College of Engineering in Advanced Functional Fabrics of America, a federally-funded organization based at the Massachusetts Institute of Technology. The group is a partnership between industry and academia that is sparking a manufacturing revolution by turning traditional fibers, yarns and fabrics into high-tech devices.

“URI is an energetic institution that makes it possible for professors like me to think outside the box,’’ says Mankodiya. “I integrate learning by doing and hands-on studies into my research and teaching. We all want to create a next generation of engineers who are highly skilled—and compassionate.’’ 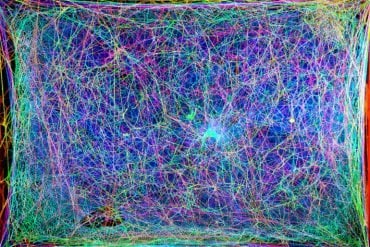 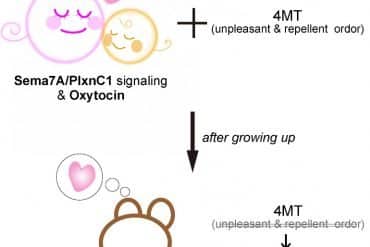 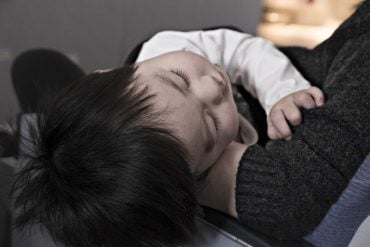