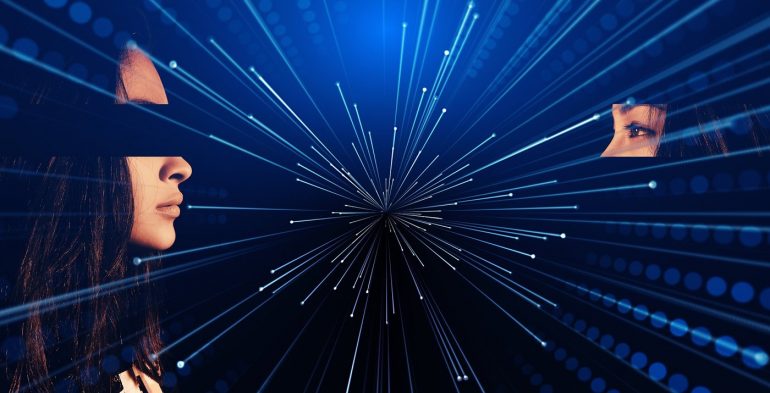 In the divided envy society there is a marked difference in income between the upper and lower class which is the same for all members of each social class. Image is in the public domain.

It’s generally recognized that differences in background and education cement class differences. It is less clear when and under what circumstances individual psychological forces can drive an initially homogenous social group apart and ultimately divide it. Claudius Gros, professor for theoretical physics at Goethe University, investigated this question in a mathematical precise way using game theory methods. “In the study, societies of agents – acting individuals – are simulated within game theory, which means that everybody optimises her/his success according to predetermined rules. I wanted to find out whether social differences can emerge on their own if no one starts off with advantages – that is, when all actors have the same skills and opportunity,” the physicist explains.

The study is based on the assumption that there are things in every society that are coveted but limited – such as jobs, social contacts and positions of power. An inequality is created if the top position is already occupied and someone must therefore accept the second-best job – but not, however, a societal division. With the help of mathematical calculations Gros was able to demonstrate that envy, which arises from the need to compare oneself with others, alters individual behaviour and consequently the agents’ strategies in characteristic ways. As a result of this changed behaviour, two strictly separate social classes arise.

Game theory provides the mathematical tools necessary for the modelling of decision situations with several participants, as in Gros’ study. In general, constellations in which the decision strategies of the individual actors mutually influence each other are particularly revealing. The success of the individual depends then not only on his or her own actions, but on others’ actions as well, which is typical of both economic and social contexts. Game theory is consequently firmly anchored in the economy. The stability condition of game theory, the “Nash equilibrium”, is a concept developed by John Forbes Nash in his dissertation in 1950, using the example of poker players. It states that in equilibrium no player has anything to gain by changing their strategy if the other players do not change theirs either. An individual only tries out new behaviour patterns if there is a potential gain. Since this causal chain also applies to evolutionary processes, the evolutionary and behavioural sciences regularly fall back on game theoretical models, for example when researching animal behaviours such as the migratory flight routes of birds, or their competition for nesting sites.

Even in an envy-induced class society there is no incentive for an individual to change his or her strategy, according to Gros. It is therefore Nash stable. In the divided envy society there is a marked difference in income between the upper and lower class which is the same for all members of each social class. Typical for the members of the lower class is, according to Gros, that they spend their time on a series of different activities, something game theory terms a “mixed strategy”. Members of the upper class, however, concentrate on a single task, i.e., they pursue a “pure strategy”. It is also striking that the upper class can choose between various options while the lower class only has access to a single mixed strategy. “The upper class is therefore individualistic, while agents in the lower class are lost in the crowd, so to speak,” the physicist sums up.

In Claudius Gros’ model, whether an agent lands in the upper or lower class is ultimately a matter of coincidence. It is decided by the dynamics of competition, and not by origin. For his study, Gros developed a new game theoretical model, the “shopping trouble model” and worked out a precise analytical solution. From it, he derives that an envy-induced class society possesses characteristics that are deemed universal in the theory of complex systems. The result is that the class society is beyond political control to a certain degree. Political decision-makers lose a portion of their options for control when society spontaneously splits into social classes. In addition, Gros’ model demonstrates that envy has a stronger effect when the competition for limited resources is stronger. “This game theoretical insight could be of central significance. Even an ‘ideal society’ cannot be stably maintained in the long term – which ultimately makes the striving for a communistic society seem unrealistic,” the scientist remarks.

Self induced class stratification in competitive societies of agents: Nash stability in the presence of envy

Envy, the inclination to compare rewards, can be expected to unfold when inequalities in terms of pay-off differences are generated in competitive societies. It is shown that increasing levels of envy lead inevitably to a self-induced separation into a lower and an upper class. Class stratification is Nash stable and strict, with members of the same class receiving identical rewards. Upper-class agents play exclusively pure strategies, all lower-class agents the same mixed strategy. The fraction of upper-class agents decreases progressively with larger levels of envy, until a single upper-class agent is left. Numerical simulations and a complete analytic treatment of a basic reference model, the shopping trouble model, are presented. The properties of the class-stratified society are universal and only indirectly controllable through the underlying utility function, which implies that class-stratified societies are intrinsically resistant to political control. Implications for human societies are discussed. It is pointed out that the repercussions of envy are amplified when societies become increasingly competitive.