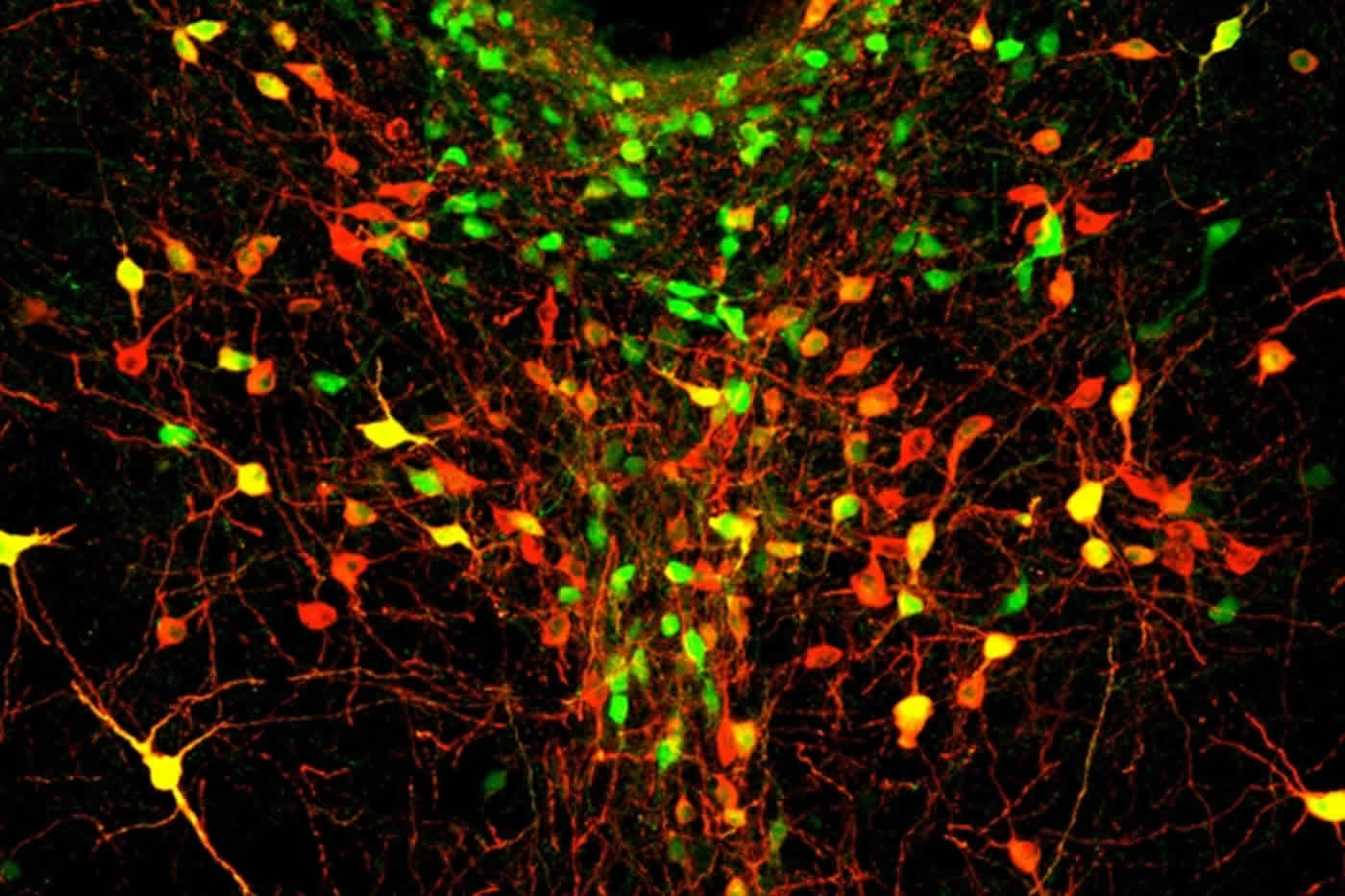 The Neuroscience of Seeking Company

Social animals are strongly motivated to seek out the company of others, especially after periods of isolation, because their brains are wired to find it rewarding. A study in mice published February 11 in Cell now reveals a neural circuit that mediates social seeking behavior driven instead by a loneliness-like state. By shedding light on the neuroscience of isolation, the findings could help our understanding of social anxiety and autism spectrum disorders.

“Our study is new in that a neural substrate for a loneliness-like state has never been identified before,” says senior study author Kay Tye of the Massachusetts Institute of Technology. “There have been a number of studies examining social reward, but none that have looked at the negative motivational drive to seek social contact. In addition, we have identified a functional role for a population of neurons that were largely ignored and had never been directly tied to a functional role in motivated behavior.”

This discovery came mostly by accident. Study co-authors Gillian Matthews and Mark Ungless of Imperial College London were studying the effects of cocaine on a neglected population of dopamine-releasing neurons in the dorsal raphe nucleus (DRN) of the brainstem. To their surprise, they noticed that the properties of these neurons changed when mice were separated from their cagemates, regardless of prior cocaine exposure. At that point, they realized that they needed to do a lot more work to lay the foundation for a completely new research area: the neuroadaptations of acute social isolation.

To follow up on this discovery, the researchers measured the activity of DRN dopamine neurons in mice that were either group-housed or socially isolated for 24 hours. Upon initial contact with a juvenile mouse, the mice that had been socially isolated showed an increase in the activity of DRN dopamine neurons compared with the group-housed mice. This finding suggests that these neurons respond to the reinforcing effects of social contact after isolation.

Tye and her team next used optogenetics to determine whether these neurons play a causal role in motivating social behavior. This technique involves genetically modifying specific populations of neurons to express light-sensitive proteins that control neural excitability and then delivering either blue or yellow light through an optic fiber to activate or inhibit those cells, respectively.

“Social interactions may be more rewarding in dominant males because they have priority access to food and mates and tend to win territorial conflicts,” Tye says. “As a result, dominant mice may experience a more pronounced loneliness-like state, increasing their drive to seek out social company after periods of isolation.”

In future studies, the researchers will explore the inputs and outputs of these neurons, further examine the influence of social rank, and determine whether the results extend to non-social mammals. They also want to determine if there are any potential targets for helping people with social impairments, such as social anxiety or autism spectrum disorders.

Working Memory Depends on Reciprocal Interactions Across the Brain

Summary
The motivation to seek social contact may arise from either positive or negative emotional states, as social interaction can be rewarding and social isolation can be aversive. While ventral tegmental area (VTA) dopamine (DA) neurons may mediate social reward, a cellular substrate for the negative affective state of loneliness has remained elusive. Here, we identify a functional role for DA neurons in the dorsal raphe nucleus (DRN), in which we observe synaptic changes following acute social isolation. DRN DA neurons show increased activity upon social contact following isolation, revealed by in vivo calcium imaging. Optogenetic activation of DRN DA neurons increases social preference but causes place avoidance. Furthermore, these neurons are necessary for promoting rebound sociability following an acute period of isolation. Finally, the degree to which these neurons modulate behavior is predicted by social rank, together supporting a role for DRN dopamine neurons in mediating a loneliness-like state.