Cerebral Cortex Thicker in Youths With Down Syndrome

The thickness of the brain’s cerebral cortex could be a key to unlocking answers about intellectual development in youth with Down Syndrome. It could also provide new insights to why individuals with this genetic neurodevelopmental disorder are highly susceptible to early onset Alzheimer’s Disease later in life.

New brain-imaging research published in the journal Cerebral Cortex and led by Nancy Raitano Lee, PhD, an assistant professor at Drexel University, has found that the cortex is thicker on average in youth with Down Syndrome than in typically developing youth, even though the overall volume of the cortex is lower in those with Down Syndrome.

The cerebral cortex is the outer layer of brain tissue, a folded region about 2-4 millimeters thick, that is involved in many important aspects of brain function including sensory and cognitive processes.

Lee, a psychologist in Drexel’s College of Arts and Sciences, conducted the research with colleagues at the National Institute of Mental Health who perform structural magnetic resonance imaging (MRI) of the brains of children and youth to better understand aspects of brain development. They compared MRI measurements from 31 youth with Down Syndrome and 45 typically developing peers.

Lee is particularly interested in brain development in youth with Down Syndrome, the most common genetic cause of intellectual disability (occurring in 1 in 700 live births), because there is surprisingly little known about childhood brain development in this condition. What has been established is that the brain volume of the cortex is lower on average in people with Down Syndrome than in people who are typically developing.

“Volume is a gross measure that can mask differences between thickness and surface area in the cortex,” said Lee. “We wanted to learn more about how the brain is different in Down Syndrome compared to typical development, so we measured surface area and thickness, which both contribute to cortical volume but are determined by different genetic factors.”

She wasn’t surprised to find that the cortex’s surface area was lower in the youth with Down Syndrome because surface area is a component of the total volume, which was lower.

“The part that was surprising was our finding that the thickness of the cortex was greater in many regions in the group with Down Syndrome,” she said.

The cause of the increased cortical thickness in Down Syndrome is still uncertain, but one possibility is that the brain in Down Syndrome doesn’t prune excess neural connections as effectively as in typical development, a process believed to occur during childhood and young adulthood as part of reaching cognitive maturity.

Some of the brain regions with increased cortical thickness were nodes in the Default Mode Network (DMN), the part of the brain that is active when a person is at rest. Because deterioration in the DMN has been associated with Alzheimer’s Disease, Lee said the difference found between Down Syndrome and typical development in youth could turn out to be an early indicator of susceptibility to Alzheimer’s later in life. Individuals with Down Syndrome are more likely to develop early-onset Alzheimer’s disease than the general population.

Lee hopes that her finding will highlight the importance of the cortex for understanding developmental processes in Down Syndrome and spur further research on animal models. Such studies could more clearly draw the connection of how genetic abnormalities cause brain abnormalities–knowledge that could inform potential biomedical treatment approaches for intellectual disability.

Funding: The study was funded by the NIH/National Institute of Mental Health.

Dissociations in Cortical Morphometry in Youth with Down Syndrome: Evidence for Reduced Surface Area but Increased Thickness

Detailed descriptions of cortical anatomy in youth with Down syndrome (DS), the most common genetic cause of intellectual disability (ID), are scant. Thus, the current study examined deviations in cortical thickness (CT) and surface area (SA), at high spatial resolution, in youth with DS, to identify focal differences relative to typically developing (TD) youth. Participants included 31 youth with DS and 45 age- and sex-matched TD controls (mean age ∼16 years; range = 5–24 years). All participants completed T1-weighted ASSET-calibrated magnetization prepared rapid gradient echo scans on a 3-T magnetic resonance imaging scanner. Replicating prior investigations, cortical volume was reduced in DS compared with controls. However, a novel dissociation for SA and CT was found—namely, SA was reduced (predominantly in frontal and temporal regions) while CT was increased (notably in several regions thought to belong to the default mode network; DMN). These findings suggest that reductions in SA rather than CT are driving the cortical volume reductions reported in prior investigations of DS. Moreover, given the link between DMN functionality and Alzheimer’s symptomatology in chromosomally typical populations, future DS studies may benefit from focusing on the cortex in DMN regions, as such investigations may provide clues to the precocious onset of Alzheimer’s disease in this at-risk group. 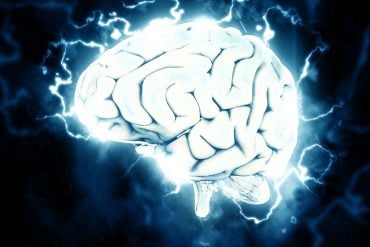 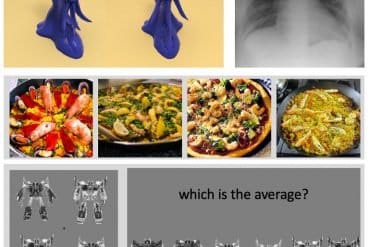