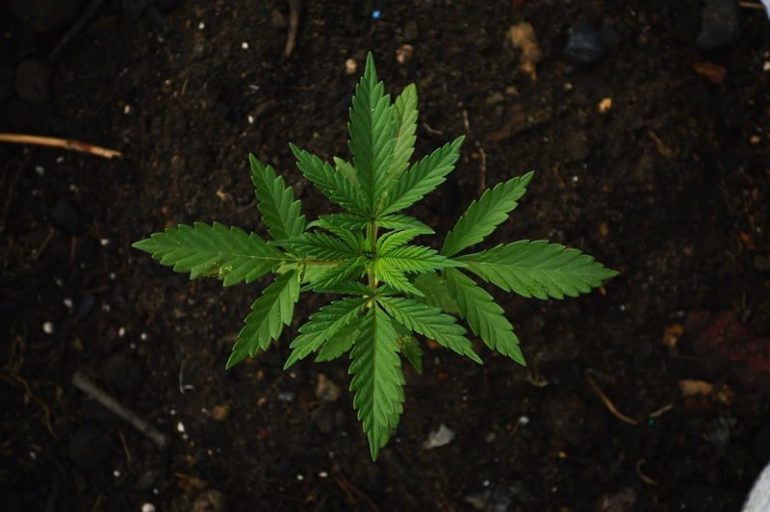 Researchers surveyed nearly 500 Hash Bash attendees, asking them to fill out a 24-item questionnaire. Two-thirds of participants reported using cannabis every day, and most said it was for health or medical purposes. More than three-quarters of survey-takers said their knowledge of cannabis came from their own experiences. The image is in the public domain.

Summary: Many cannabis users don’t know how much THC or CBD is considered an effective dose.

One would think that cannabis enthusiasts attending a marijuana advocacy event would be knowledgeable about cannabinoids.

The surprisingly low level of knowledge about tetrahydrocannabinol (THC) and cannabidiol (CBD) content, and effective dosages, demonstrated by Hash Bash participants highlights the need for additional public health education and research, according to Daniel Kruger, PhD, the lead author of the study, published online ahead of print today in the journal Drugs: Education, Prevention and Policy.

“Even the people who are most enthusiastic have very poor knowledge of cannabinoid content. They greatly overestimated how much THC and how much CBD was in various strains, and what the effective dosages were,” said Kruger, a research associate professor of community health and health behavior in the UB’s School of Public Health and Health Professions. He is also a research investigator with the Population Studies Center at the University of Michigan.

Researchers surveyed nearly 500 Hash Bash attendees, asking them to fill out a 24-item questionnaire. Two-thirds of participants reported using cannabis every day, and most said it was for health or medical purposes. More than three-quarters of survey-takers said their knowledge of cannabis came from their own experiences.

The study survey asked participants to fill in, in milligrams, the amounts they considered to be effective doses of THC and CBD. (THC is the principal psychoactive compound and the one largely responsible for the high experienced by users. CBD does not have the same psychoactivity, but has other effects, such as reduction of anxiety.) Participants could also check the box for “I don’t know.”

The majority reported they didn’t know. Other participants gave average estimates of 91 milligrams for THC and 177 milligrams for CBD. In other words, they were way off.

“The average estimate for an effective dose of THC would actually be fatal in humans,” Kruger said.

One participant even said 1 million milligrams was the effective dose for THC. “That’s a kilogram of THC. That’s enough to fill an entire football stadium full of people and get them all high,” Kruger said.

“Our results suggest the need for broad-based cannabis education programs to help advocates and the general public to better understand and manage their use of the drug,” said study co-author, R. Lorraine Collins, PhD, associate dean for research in UB’s School of Public Health and Health Professions.

The current paper is the latest in a series of studies Kruger and his UB colleagues have published in recent years, based on data collected at Hash Bash. Their findings have shown how little many cannabis users know about the drug. The researchers also have highlighted the lackluster public health efforts to promote an effective harm reduction approach to marijuana use, especially during an era when cannabis is being deregulated in many states.

The stakes are higher with an increasing percentage of Americans using cannabis for a variety of recreational and medical reasons, as well as increasing cannabis potency, researchers say.

“Cannabis strains are 20 times as potent today as they were during the Summer of Love,” said study co-author Jessica Kruger, PhD, clinical assistant professor of community health and health behavior in UB’s School of Public Health and Health Professions.

The main message: “We really have to educate people. This has very real consequences, because these compounds have differential effects,” Daniel Kruger said.

“Most Americans now live in a state where cannabis is legal, at least for medical purposes, but the information channels aren’t there regarding safe and effective cannabis use.”

Aims: We investigated knowledge of cannabinoid content and dosages among frequent cannabis users.

Methods: A brief survey was administered in April 2019 (N = 472) at a cannabis advocacy event in a state with legal medical and recreational adult cannabis use.

Findings: Most participants (67%) used cannabis every day, 85% used cannabis for health or medical purposes. Knowledge of cannabis was mostly from participants’ own experiences (78%), with some receiving information from a medical cannabis caregiver or dispensary (23%) or their primary care provider (18%). The majority reported not knowing the effective dosages of THC (53% of participants) or CBD (68% of participants), other participants gave average estimates of 91 mg and 177 mg, respectively. Participants’ average estimates for high-THC (52%) and high-CBD (53%) as well as low-THC (28%), and low-CBD (30%) strains of cannabis were considerably higher than currently accepted definitions. Men, European Americans, and participants who had medical cannabis cards were more accurate in cannabinoid concentration estimates.