Summary: A new study reports on how musicians communicate during performance and anticipate each other’s moves without saying a word.

Researchers at McMaster are one step closer to solving one of the mysteries of social interaction: how musicians communicate during a performance and anticipate one another’s moves without saying a word.

The findings are important because a clearer appreciation of how musicians silently work together — across tempo changes, phrasing and musical dynamics — will improve our understanding of nonverbal communication. That could lead to better techniques to reach those with conditions such as autism or dementia, say researchers.

Using sophisticated technology, which included infrared markers, motion capture sensors and mathematical modelling, scientists examined the movements of musicians from two professional string quartets. They found they could predict from the body sway of one musician, what another would do next.

While some assumed the role as leaders, and others followers, researchers found the leaders were far more influential in the ensemble.

They also found the degree of body sway communication among the musicians was connected to their perceptions of how well they performed together.

“Although we are often not consciously aware of it, non-verbal communications between people is common in many situations and influences who we like and who we don’t like,” explains Dan Bosnyak, a researcher and technical director at McMaster’s LIVELab, where the work was conducted.

“The methodology developed in this study could be useful for understanding many different types of group behaviour, such as understanding communication problems in autistic children or determining the best crowd control procedures for an emergency evacuation,” he says.

Researchers also plan to analyze whether body sway influences other forms of social interaction, such as romantic relationships.

They plan to run a speed dating study this summer, where they will investigate whether the amount of body movement coordination between two people interacting for a very short period of time — just three minutes — can predict a romantic match.

The cultural and technological achievements of the human species depend on complex social interactions. Nonverbal interpersonal coordination, or joint action, is a crucial element of social interaction, but the dynamics of nonverbal information flow among people are not well understood. We used joint music making in string quartets, a complex, naturalistic nonverbal behavior, as a model system. Using motion capture, we recorded body sway simultaneously in four musicians, which reflected real-time interpersonal information sharing. We used Granger causality to analyze predictive relationships among the motion time series of the players to determine the magnitude and direction of information flow among the players. We experimentally manipulated which musician was the leader (followers were not informed who was leading) and whether they could see each other, to investigate how these variables affect information flow. We found that assigned leaders exerted significantly greater influence on others and were less influenced by others compared with followers. This effect was present, whether or not they could see each other, but was enhanced with visual information, indicating that visual as well as auditory information is used in musical coordination. Importantly, performers’ ratings of the “goodness” of their performances were positively correlated with the overall degree of body sway coupling, indicating that communication through body sway reflects perceived performance success. These results confirm that information sharing in a nonverbal joint action task occurs through both auditory and visual cues and that the dynamics of information flow are affected by changing group relationships. 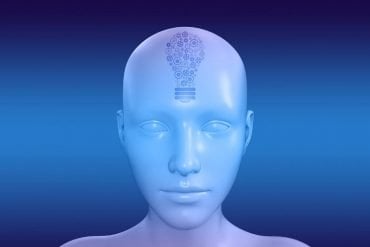 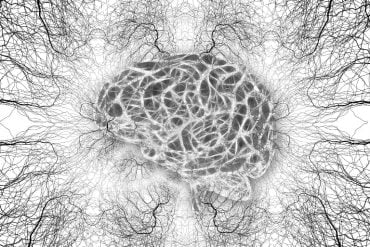