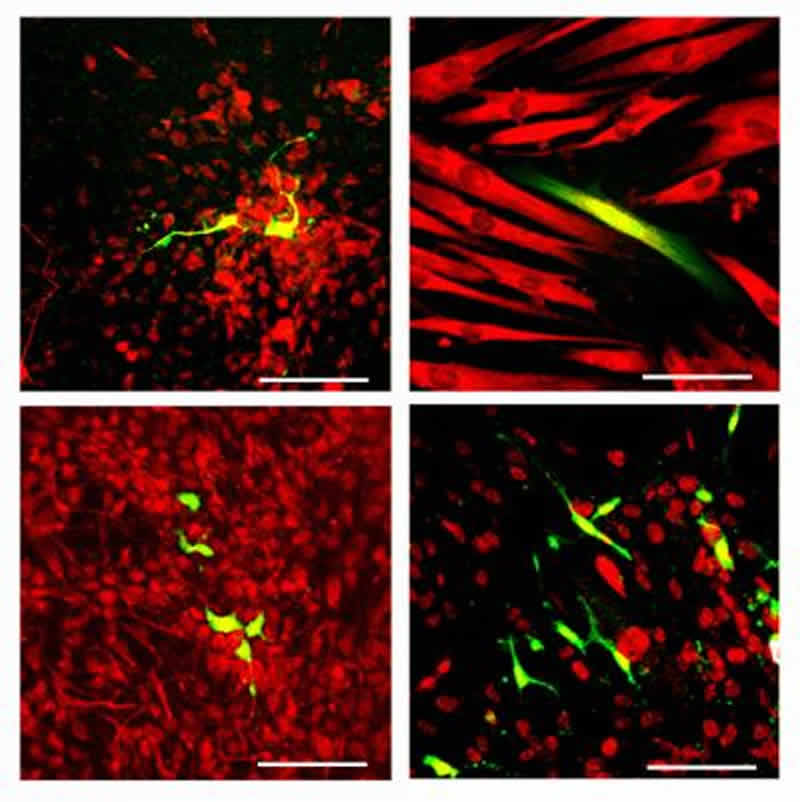 Johns Hopkins stem cell biologists have found a way to reprogram a patient’s skin cells into cells that mimic and display many biological features of a rare genetic disorder called familial dysautonomia. The process requires growing the skin cells in a bath of proteins and chemical additives while turning on a gene to produce neural crest cells, which give rise to several adult cell types. The researchers say their work substantially expedites the creation of neural crest cells from any patient with a neural crest-related disorder, a tool that lets physicians and scientists study each patient’s disorder at the cellular level.

Previously, the same research team produced customized neural crest cells by first reprogramming patient skin cells into induced pluripotent stem (iPS) cells, which are similar to embryonic stem cells in their ability to become any of a broad array of cell types.

“Now we can circumvent the iPS cells step, saving seven to nine months of time and labor and producing neural crest cells that are more similar to the familial dysautonomia patients’ cells,” says Gabsang Lee, Ph.D., an assistant professor of neurology at the Institute for Cell Engineering and the study’s senior author. A summary of the study was published online in the journal Cell Stem Cell on Aug. 21.

Neural crest cells appear early in human and other animal prenatal development, and they give rise to many important structures, including most of the nervous system (apart from the brain and spinal cord), the bones of the skull and jaws, and pigment-producing skin cells. Dysfunctional neural crest cells cause familial dysautonomia, which is incurable and can affect nerves’ ability to regulate emotions, blood pressure and bowel movements. Less than 500 patients worldwide suffer from familial dysautonomia, but dysfunctional neural crest cells can cause other disorders, such as facial malformations and an inability to feel pain.

The challenge for scientists has been the fact that by the time a person is born, very few neural crest cells remain, making it hard to study how they cause the various disorders.

To make patient-specific neural crest cells, the team began with laboratory-grown skin cells that had been genetically modified to respond to the presence of the chemical doxycycline by glowing green and turning on the gene Sox10, which guides cells toward maturation as a neural crest cell.

Testing various combinations of molecular signals and watching for telltale green cells, the team found a regimen that turned 2 percent of the cells green. That combination involved turning on Sox10 while growing the cells on a layer of two different proteins and giving them three chemical additives to “rewind” their genetic memory and stimulate a protein network important for development.

Analyzing the green cells at the single cell level, the researchers found that they showed gene activity similar to that of other neural crest cells. Moreover, they discovered that 40 percent were “quad-potent,” or able to become the four cell types typically derived from neural crest cells, while 35 percent were “tri-potent” and could become three of the four. The cells also migrated to the appropriate locations in chick embryos when implanted early in development.

The team then applied a modified version of the technique to skin cells from healthy adults and found that the skin cells became neural crests at a rate similar to the team’s previous experiments.

According to the authors, this new observation offers insight into what goes wrong in familial dysautonomia.

“It seems as though the neural crest cells created directly from patient skin cells show more of the characteristics of familial dysautonomia than the neural crest cells we created previously from induced pluripotent stem cells,” says Lee. “That means they should be better predictors of what happens in a particular familial dysautonomia patient, and whether or not a potential treatment will work for any given individual.”

The method they devised should also be applicable to skin cells taken from people with any of the other diseases that result from dysfunctional neural crest cells, such as congenital pain disorders and Charcot-Marie-Tooth diseases, Lee says.