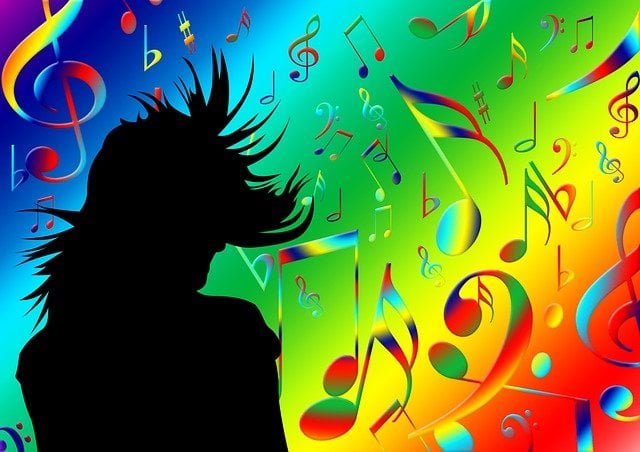 Bach to the Blues: Our Emotions Match Music to Colors

Whether we’re listening to Bach or the blues, our brains are wired to make music-color connections depending on how the melodies make us feel, according to new research from the University of California, Berkeley. For instance, Mozart’s jaunty Flute Concerto No. 1 in G major is most often associated with bright yellow and orange, whereas his dour Requiem in D minor is more likely to be linked to dark, bluish gray.

Moreover, people in both the United States and Mexico linked the same pieces of classical orchestral music with the same colors. This suggests that humans share a common emotional palette – when it comes to music and color – that appears to be intuitive and can cross cultural barriers, UC Berkeley researchers said.

“The results were remarkably strong and consistent across individuals and cultures and clearly pointed to the powerful role that emotions play in how the human brain maps from hearing music to seeing colors,” said UC Berkeley vision scientist Stephen Palmer, lead author of a paper published this week in the journal Proceedings of the National Academy of Sciences.

Using a 37-color palette, the UC Berkeley study found that people tend to pair faster-paced music in a major key with lighter, more vivid, yellow colors, whereas slower-paced music in a minor key is more likely to be teamed up with darker, grayer, bluer colors.

“Surprisingly, we can predict with 95 percent accuracy how happy or sad the colors people pick will be based on how happy or sad the music is that they are listening to,” said Palmer, who will present these and related findings at the International Association of Colour conference at the University of Newcastle in the U.K. on July 8. At the conference, a color light show will accompany a performance by the Northern Sinfonia orchestra to demonstrate “the patterns aroused by music and color converging on the neural circuits that register emotion,” he said.

The findings may have implications for creative therapies, advertising and even music player gadgetry. For example, they could be used to create more emotionally engaging electronic music visualizers, computer software that generates animated imagery synchronized to the music being played. Right now, the colors and patterns appear to be randomly generated and do not take emotion into account, researchers said.

They may also provide insight into synesthesia, a neurological condition in which the stimulation of one perceptual pathway, such as hearing music, leads to automatic, involuntary experiences in a different perceptual pathway, such as seeing colors. An example of sound-to-color synesthesia was portrayed in the 2009 movie The Soloist when cellist Nathaniel Ayers experiences a mesmerizing interplay of swirling colors while listening to the Los Angeles symphony. Artists such as Wassily Kandinksky and Paul Klee may have used music-to-color synesthesia in their creative endeavors.

Nearly 100 men and women participated in the UC Berkeley music-color study, of which half resided in the San Francisco Bay Area and the other half in Guadalajara, Mexico. In three experiments, they listened to 18 classical music pieces by composers Johann Sebastian Bach, Wolfgang Amadeus Mozart and Johannes Brahms that varied in tempo (slow, medium, fast) and in major versus minor keys.

In the first experiment, participants were asked to pick five of the 37 colors that best matched the music to which they were listening. The palette consisted of vivid, light, medium, and dark shades of red, orange, yellow, green, yellow-green, green, blue-green, blue, and purple.

Participants consistently picked bright, vivid, warm colors to go with upbeat music and dark, dull, cool colors to match the more tearful or somber pieces. Separately, they rated each piece of music on a scale of happy to sad, strong to weak, lively to dreary and angry to calm.

Heart Medication Shows Potential as Treatment for Alcohol Use Disorder

For example, the same pattern occurred when participants chose the facial expressions that “went best” with the music selections, Schloss said. Upbeat music in major keys was consistently paired with happy-looking faces while subdued music in minor keys was paired with sad-looking faces. Similarly, happy faces were paired with yellow and other bright colors and angry faces with dark red hues.

Next, Palmer and his research team plan to study participants in Turkey where traditional music employs a wider range of scales than just major and minor. “We know that in Mexico and the U.S. the responses are very similar,” he said. “But we don’t yet know about China or Turkey.”

Notes about this synesthesia and psychology research

Other co-authors of the study are Zoe Xu of UC Berkeley and Lilia Prado-Leon of the University of Guadalajara, Mexico.