Summary: A new study sheds light on the biochemistry of sleep need in the brain.

We’ve all experienced going to bed tired and waking up refreshed, yet how that happens at the molecular level remains a mystery. An international study published today in Nature sheds new light on the biochemistry of sleep need in the brain.

According to the American Sleep Association, 50 million to 70 million U.S. adults have a sleep disorder with almost 1 in 3 experiencing short-term insomnia and about 1 in 10 suffering from chronic insomnia. Sleep loss is known to compromise thinking and decision-making, which decreases work performance and productivity while increasing the risk of auto and industrial accidents. Understanding sleep regulators could benefit society by leading to the development of novel, more effective treatments for sleeplessness.

The new research reports the first whole-brain, quantitative study of a fundamental molecular process called phosphorylation in the context of sleep need. It features a clever comparison of two different groups of tired mice: sleep-deprived normal mice and Sleepy mutant mice, a variety with a genetic mutation that confers an unusually high sleep need despite increased sleep amount.

The Sleepy mouse was identified in a collaborative study between Dr. Masashi Yanagisawa and Dr. Joseph Takahashi initiated at UT Southwestern’s Peter O’Donnell Jr. Brain Institute, where Dr. Takahashi is Chair of Neuroscience, a Howard Hughes Medical Institute Investigator, and holder of the Loyd B. Sands Distinguished Chair in Neuroscience. Dr. Yanagisawa, Director of the University of Tsukuba’s International Institute for Integrative Sleep Medicine (WPI-IIIS) in Japan, is a Professor of Molecular Genetics at UT Southwestern. Dr. Yanagisawa and Dr. Qinghua Liu, an Associate Professor in UTSW’s Center for the Genetics of Host Defense and of Neuroscience, are two of the study’s three corresponding authors. Dr. Liu also has joint appointments at the WPI-IIIS and at the National Institute of Biological Sciences (NIBS) in Beijing.

“Although sleep exists in all animals, why sleep is needed and how sleep is regulated remain a mystery. We set out to investigate the molecules that govern sleep need (or sleep pressure),” said Dr. Liu, a W.A. “Tex” Moncrief Jr. Scholar in Medical Research. Sleep need is the feeling of tiredness that builds up during waking hours, he said.

“Each animal exhibits a set point of total sleep time. In adult humans, that usually means about 8 out of 24 hours. Everyone has experienced staying up too late and feeling a need to ‘make up for lost sleep.’ Even simple jellyfish need to rest longer after being forced to remain awake,” he said, adding that it has been hypothesized that a substance accumulates in the brain during waking and dissipates during sleep.

“A long-term goal in sleep research is to identify the actual molecular factor or factors involved in sleep need,” he said. Currently, the majority of sleep medicines are mimics of GABA, an inhibitory neurotransmitter that simply shuts off the brain, and they induce nonnatural sleep with many side effects. It would be nice to understand the natural molecules better in order to design improved treatments for sleep problems, he added.

To study the molecules involved in sleep need, researchers devised a novel strategy of comparing phosphorylation in the brains of the sleep-deprived normal mice and Sleepy mutant mice. Phosphorylation is a reversible process that modifies the functions of proteins by adding a phosphate group. The novel strategy comparing the two mice – one sleepy by circumstance, the other sleepy by nature – made it possible to exclude variables such as stress that could affect sleepiness, the researchers explained.

Using immunochemical assays and mass spectrometry, the researchers identified 80 proteins that were hyperphosphorylated in the brains of sleep-deprived and Sleepy mice, meaning that the proteins accumulated more phosphate groups the longer the mice stayed awake. They named these proteins Sleep-Need-Index-Phosphoproteins (SNIPPs). They found that the phosphorylation of SNIPPs increased with sleep need and dissipated, or dephosphorylated, throughout the brain during sleep. 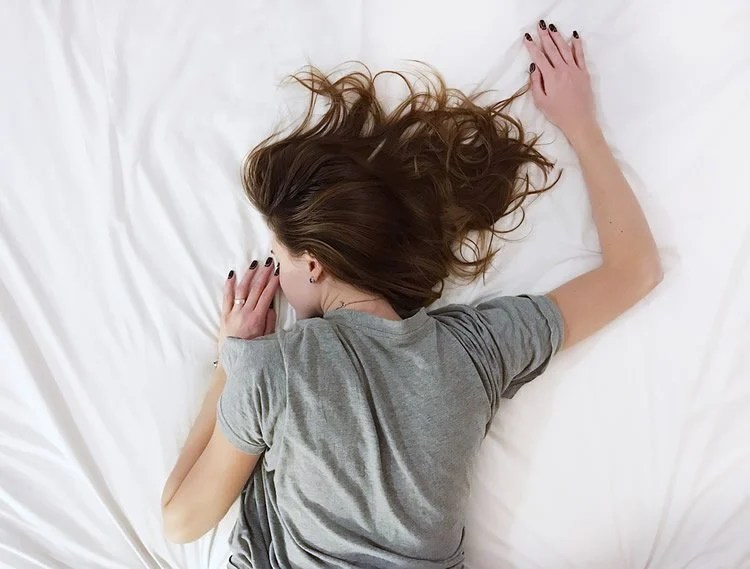 The new research reports the first whole-brain, quantitative study of a fundamental molecular process called phosphorylation in the context of sleep need. It features a clever comparison of two different groups of tired mice: sleep-deprived normal mice and Sleepy mutant mice, a variety with a genetic mutation that confers an unusually high sleep need despite increased sleep amount. NeuroscienceNews.com image is in the public domain.

“Previous studies suggested a close link between sleep need and synaptic plasticity (the strengthening and weakening of synaptic connections between neurons that is linked to thinking and learning). Intriguingly, the majority of SNIPPs are synaptic proteins, including many regulators of synaptic plasticity,” Dr. Liu said.

He added that a literature search found that mutations of multiple SNIPPs have been linked to changes in sleep need. “Thus, we propose that SNIPPs constitute the molecular link between synaptic plasticity and regulation of sleep need or, in lay terms, between thinking and sleepiness,” he said.

“The purpose of sleep-wake balance appears to be to maximize the duration and quality of cognitive (thinking) functions of the brain. While prolonged wakefulness leads to cognitive impairment and sleepiness, sleep refreshes the brain through multiple restorative effects and optimizes cognitive functions for the next waking period,” he said. Therefore, the phosphorylation/dephosphorylation cycle of SNIPPs may be an important way for the brain to reset itself every night, restoring both synaptic and sleep-wake balance to maximize clear thinking, he added.

Quantitative phosphoproteomic analysis of the molecular substrates of sleep need

Sleep and wake have global effects on brain physiology, from molecular changes1,2,3,4 and neuronal activities to synaptic plasticity3,4,5,6,7. Sleep–wake homeostasis is maintained by the generation of a sleep need that accumulates during waking and dissipates during sleep8,9,10,11. Here we investigate the molecular basis of sleep need using quantitative phosphoproteomic analysis of the sleep-deprived and Sleepy mouse models of increased sleep need. Sleep deprivation induces cumulative phosphorylation of the brain proteome, which dissipates during sleep. Sleepy mice, owing to a gain-of-function mutation in the Sik3 gene12, have a constitutively high sleep need despite increased sleep amount. The brain proteome of these mice exhibits hyperphosphorylation, similar to that seen in the brain of sleep-deprived mice. Comparison of the two models identifies 80 mostly synaptic sleep-need-index phosphoproteins (SNIPPs), in which phosphorylation states closely parallel changes of sleep need. SLEEPY, the mutant SIK3 protein, preferentially associates with and phosphorylates SNIPPs. Inhibition of SIK3 activity reduces phosphorylation of SNIPPs and slow wave activity during non-rapid-eye-movement sleep, the best known measurable index of sleep need, in both Sleepy mice and sleep-deprived wild-type mice. Our results suggest that phosphorylation of SNIPPs accumulates and dissipates in relation to sleep need, and therefore SNIPP phosphorylation is a molecular signature of sleep need. Whereas waking encodes memories by potentiating synapses, sleep consolidates memories and restores synaptic homeostasis by globally downscaling excitatory synapses4,5,6. Thus, the phosphorylation–dephosphorylation cycle of SNIPPs may represent a major regulatory mechanism that underlies both synaptic homeostasis and sleep–wake homeostasis.