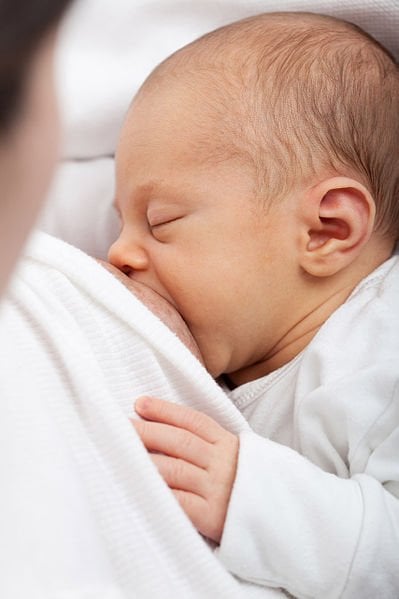 According to new research, children who were bottle-fed at three months of age were found to be three times more likely to have ADHD than those who were breastfed during the same period.
Home
Featured

TAU research finds that breastfed children may be less likely to develop ADHD later in life.

We know that breastfeeding has a positive impact on child development and health — including protection against illness. Now researchers from Tel Aviv University have shown that breastfeeding could also help protect against Attention Deficit/Hyperactivity Disorder (ADHD), the most commonly diagnosed neurobehavioral disorder in children and adolescents.

Seeking to determine if the development of ADHD was associated with lower rates of breastfeeding, Dr. Aviva Mimouni-Bloch, of Tel Aviv University’s Sackler Faculty of Medicine and Head of the Child Neurodevelopmental Center in Loewenstein Hospital, and her fellow researchers completed a retrospective study on the breastfeeding habits of parents of three groups of children: a group that had been diagnosed with ADHD; siblings of those diagnosed with ADHD; and a control group of children without ADHD and lacking any genetic ties to the disorder.

The researchers found a clear link between rates of breastfeeding and the likelihood of developing ADHD, even when typical risk factors were taken into consideration. Children who were bottle-fed at three months of age were found to be three times more likely to have ADHD than those who were breastfed during the same period. These results have been published in Breastfeeding Medicine.

In their study, the researchers compared breastfeeding histories of children from six to 12 years of age at Schneider’s Children Medical Center in Israel. The ADHD group was comprised of children that had been diagnosed at the hospital, the second group included the siblings of the ADHD patients, and the control group included children without neurobehavioral issues who had been treated at the clinics for unrelated complaints.

In addition to describing their breastfeeding habits during the first year of their child’s life, parents answered a detailed questionnaire on medical and demographic data that might also have an impact on the development of ADHD, including marital status and education of the parents, problems during pregnancy such as hypertension or diabetes, birth weight of the child, and genetic links to ADHD.

One of the unique elements of the study was the inclusion of the sibling group, says Dr. Mimouni-Bloch. Although a mother will often make the same breastfeeding choices for all her children, this is not always the case. Some children’s temperaments might be more difficult than their siblings’, making it hard for the mother to breastfeed, she suggests.

While researchers do not yet know why breastfeeding has an impact on the future development of ADHD — it could be due to the breast milk itself, or the special bond formed between mother and baby during breastfeeding, for example — they believe this research shows that breastfeeding can have a protective effect against the development of the disorder, and can be counted as an additional biological advantage for breastfeeding.

Dr. Mimouni-Bloch hopes to conduct a further study on breastfeeding and ADHD, examining children who are at high risk for ADHD from birth and following up in six-month intervals until six years of age, to obtain more data on the phenomenon.

Notes about this ADHD research