Summary: MDMA, a psychedelic drug, has successfully been used to reopen the ‘critical period’ of learning the reward values of social behaviors. Researchers report, in mature mice given MDMA, oxytocin triggers signaling in synapses that help encode social learning and memory, a process that does not usually occur in older animals. The findings could help in the development of treatments for PTSD and other disorders.

Johns Hopkins neuroscientists have found that the psychedelic drug MDMA reopens a kind of window, called a “critical period,” when the brain is sensitive to learning the reward value of social behaviors. The findings, reported April 3 in Nature, may explain why MDMA may be helpful in treating people with post-traumatic stress disorder (PTSD).

Critical periods were first described in the 1930s in snow geese. About 24 hours after a gosling hatches, if mother goose is nowhere to be found, the hatchling will bond with an object, including non-living ones. Yet, if mother goose disappears 48 hours after her gosling hatches, the critical period is over, and the hatchling won’t bond to an object.

There is evidence for critical periods that smooth the way for development of language, touch and vision.

For the current study, neuroscientist Gül Dölen says, “We wanted to know if there was a critical period for learning social reward behaviors, and if so could we reopen it using MDMA, since this drug is well-known to have prosocial effects.”

Dölen and her team studied groups of mice in enclosures with different bedding. They put several mice together in one enclosure with one type of bedding for 24 hours and, in the next 24 hours, put the same mice by themselves in another enclosure with a different type of bedding. The mice began to associate certain types of bedding with isolation or companionship. Then, they let the mice wander between enclosures with the two types of bedding and tracked how long the mice spent in each enclosure. The more time the mice spent in the bedding linked to their companions indicated more social reward learning.

“It’s why people gather around the water cooler,” says Dölen, assistant professor of neuroscience at the Johns Hopkins University School of Medicine. People are conditioned to know that the water cooler is an optimal place to chitchat with companions.

In their experiments, Dölen and her colleagues found that the critical period for social reward learning in mice is around puberty and wanes once they become mature adults. To determine if they could reopen the critical period, the scientists gave MDMA to mature mice, waited 48 hours for the drug to be washed out of their system, and observed how the mice explored their enclosure and behaved with other mice in the enclosure. Following the treatment with MDMA, most of the animals responded to social interactions the same way as juveniles, by forming a positive association between social interactions and the bedding. This effect lasted for at least two weeks after the MDMA treatment, and it was not observed in mice given saline injections.

“This suggests that we’ve reopened a critical period in mice, giving them the ability to learn social reward behaviors at a time when they are less inclined to engage in these behaviors,” says Dölen.

Dölen and her postdoctoral student and first author of the current study, Romain Nardou, also observed that MDMA works to reopen the critical period only if the drug is given to mice when they are with other mice, not if it is given to mice while they are alone. This suggests that reopening the critical period using MDMA may depend on whether the animals are in a social setting, say the scientists.

The mice maintained their ability to learn the rewards of social behavior for up to two weeks from the time they were given MDMA. During this time, Dölen and her colleagues also found that the brains of the mice had corresponding responses to oxytocin, known as the “love hormone,” which is made in the hypothalamus and acts in the brain as a signal between neurons that encode information about social rewards. They found these responses by looking more closely at synapses, the spaces between brain cells called neurons. Their experiments showed that, in mature mice given MDMA, oxytocin triggers signaling in the synapses that encodes learning and memory, which does not typically happen in mature mice. 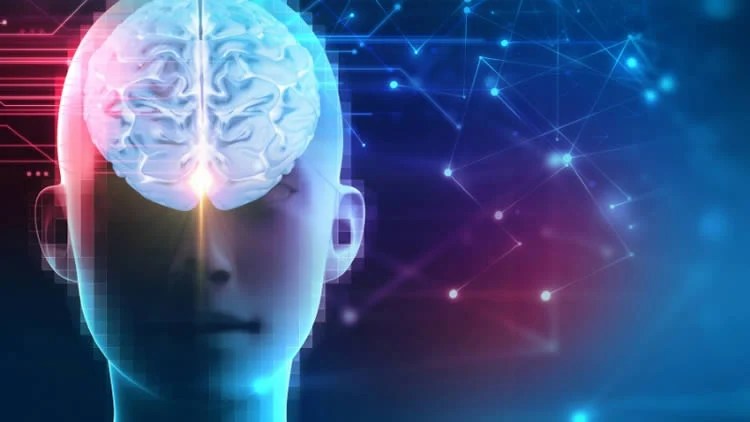 Following the treatment with MDMA, most of the animals responded to social interactions the same way as juveniles, by forming a positive association between social interactions and the bedding. This effect lasted for at least two weeks after the MDMA treatment, and it was not observed in mice given saline injections. The image is adapted from the Johns Hopkins Medicine news release.

Dölen says that opening the critical window for social reward behavior may also have implications for treating psychiatric conditions. A strong bond between a psychotherapist and patient is well-known to be important for successful treatment. If MDMA reopens the critical period for social reward learning in humans in the same way it does for mice, then it could explain why the drug has been successful in treating people with PTSD, perhaps by strengthening the psychotherapist-patient bond.

MDMA has been designated by the U.S. Food and Drug Administration as a “breakthrough therapy” for PTSD, meaning that the agency will fast-track the development and review of clinical trials to test it. However, the researchers caution that MDMA may not work for every psychiatric condition linked to social behaviors.

“As we develop new therapies or determine when to give these therapies, it’s critical to know the biological mechanism on which they act,” says Dölen.

A critical period is a developmental epoch during which the nervous system is expressly sensitive to specific environmental stimuli that are required for proper circuit organization and learning. Mechanistic characterization of critical periods has revealed an important role for exuberant brain plasticity during early development, and for constraints that are imposed on these mechanisms as the brain matures1. In disease states, closure of critical periods limits the ability of the brain to adapt even when optimal conditions are restored. Thus, identification of manipulations that reopen critical periods has been a priority for translational neuroscience2. Here we provide evidence that developmental regulation of oxytocin-mediated synaptic plasticity (long-term depression) in the nucleus accumbens establishes a critical period for social reward learning. Furthermore, we show that a single dose of (+/−)-3,4-methylendioxymethamphetamine (MDMA) reopens the critical period for social reward learning and leads to a metaplastic upregulation of oxytocin-dependent long-term depression. MDMA-induced reopening of this critical period requires activation of oxytocin receptors in the nucleus accumbens, and is recapitulated by stimulation of oxytocin terminals in the nucleus accumbens. These findings have important implications for understanding the pathogenesis of neurodevelopmental diseases that are characterized by social impairments and of disorders that respond to social influence or are the result of social injury3.