Researchers have identified ketamine-induced brain-related changes that are responsible for maintaining the remission of behaviors related to depression in mice — findings that may help researchers develop interventions that promote lasting remission of depression in humans. The study, funded by the National Institute of Mental Health (NIMH), part of the National Institutes of Health, appears in the journal Science.

Major depression is one of the most common mental disorders in the United States, with approximately 17.3 million adults experienced a major depressive episode in 2017. However, many of the neural changes underlying the transitions between active depression, remission, and depression re-occurrence remain unknown. Ketamine, a fast-acting antidepressant which relieves depressive symptoms in hours instead of weeks or longer, provides an opportunity for researchers to investigate the short- and long-term biological changes underlying these transitions.

“Ketamine is a potentially transformative treatment for depression, but one of the major challenges associated with this drug is sustaining recovery after the initial treatment,” said study author Conor Liston, M.D., Ph.D., of Weill Cornell Medicine, New York City.

In addition to the effects on dendritic spines, stress reduced the functional connectivity and simultaneous activity of neurons in the prefrontal cortex of mice. This reduction in connectivity and activity was associated with behaviors related to depression in response to stressors. Liston’s group then found that ketamine treatment rapidly restored functional connectivity and ensemble activity of neurons and eliminated behaviors related to depression. Twenty-four hours after receiving a single dose of ketamine, mice exposed to stress showed a reversal of behaviors related to depression and an increase in dendritic spine formation when compared to stressed mice that had not received ketamine. These new dendritic spines were functional, creating working connections with other neurons.

The researchers found that while behavioral changes and changes in neural activity in mice happened quickly (three hours after ketamine treatment), dendritic spine formation happened more slowly (12-24 after hours after ketamine treatment). While further research is needed, the authors suggest these findings might indicate that dendritic spine regrowth may be a consequence of ketamine-induced rescue of prefrontal cortex circuit activity. 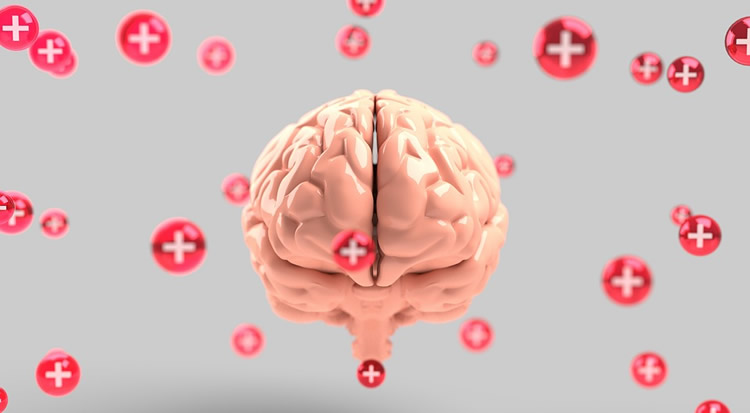 Liston’s group then found that ketamine treatment rapidly restored functional connectivity and ensemble activity of neurons and eliminated behaviors related to depression. The image is in the public domain.

Although dendritic spines were not found to underly the fast-acting effects of ketamine on behaviors related to depression in mice, they were found to play an important role in maintaining the remission of those behaviors. Using a new technology developed by Haruo Kasai, Ph.D., and Haruhiko Bito, Ph.D., collaborators at the University of Tokyo, the researchers found that selectively deleting these newly formed dendritic spines led to the re-emergence of behaviors related to depression.

“Our results suggest that interventions aimed at enhancing synapse formation and prolonging their survival could be useful for maintaining the antidepressant effects of ketamine in the days and weeks after treatment,” said Dr. Liston.

“Ketamine is the first new anti-depressant medication with a novel mechanism of action since the 1980s. Its ability to rapidly decrease suicidal thoughts is already a fundamental breakthrough,” said Janine Simmons, M.D., Ph.D., chief of the NIMH Social and Affective Neuroscience Program. “Additional insights into ketamine’s longer-term effects on brain circuits could guide future advances in the management of mood disorders.”

The neurobiological mechanisms underlying the induction and remission of depressive episodes over time are not well understood. Through repeated longitudinal imaging of medial prefrontal microcircuits in the living brain, we found that prefrontal spinogenesis plays a critical role in sustaining specific antidepressant behavioral effects and maintaining long-term behavioral remission. Depression-related behavior was associated with targeted, branch-specific elimination of postsynaptic dendritic spines on prefrontal projection neurons. Antidepressant-dose ketamine reversed these effects by selectively rescuing eliminated spines and restoring coordinated activity in multicellular ensembles that predict motivated escape behavior. Prefrontal spinogenesis was required for the long-term maintenance of antidepressant effects on motivated escape behavior but not for their initial induction.