Auto-Inflammation May Be A Cause of Dementia

University of Adelaide researchers have developed a new theory for the causes of dementia and other neurodegenerative diseases, involving an out-of-control immune system.

Published in the journal Frontiers in Neuroscience, the researchers have assembled strong evidence that the neurological decline common to these diseases is caused by ‘auto-inflammation’, where the body’s own immune system develops a persistent inflammatory response and causes brain cells to die.

“Dementia, including the most common form Alzheimer’s Disease, and related neurodegenerative conditions are dramatically rising in frequency as people live longer and our population ages,” says study lead Professor Robert Richards, from the University of Adelaide’s School of Biological Sciences. “Australia is predicting that by 2050 there will be almost double the number of people with dementia, and the United States similarly says there will be twice as many.

“Currently we have no effective treatments to assist the millions of affected people, and these diseases are an enormous burden on families and the public health care system.”

Previously, researchers have focused on the role of protein deposits called amyloid plaques that lodge in the brain of Alzheimer’s affected people. But it is now clear that this is an inadequate explanation for Alzheimer’s Disease.

There are many distinct forms of neurodegeneration including Alzheimer’s, Parkinson’s and Huntington’s Diseases. These conditions are distinguished by the different types of brain nerve cells that are first affected and by the symptoms that first appear. However, as all of these diseases progress, they become more similar.

Professor Richards believes that instead of many different mechanisms, each disease has the same underlying mechanism, and common pathway of nerve cell loss.

“Our interest in the body’s own (innate) immune system as the culprit began when we discovered that immune system agents become activated in a laboratory model of Huntington’s Disease,” he says. “Remarkably, researchers from other laboratories were at the same time reporting similar features in other neurodegenerative diseases. When we pulled the evidence together, it made a very strong case that uncontrolled innate immunity is indeed the common cause.”

The innate immune system is the first line of defense in cells, and normally distinguishes molecules that belong to the body from foreign, disease-causing, molecules. It is an alarm and response system with a self-destruct mechanism to contain and eliminate invaders or abnormal cells, like cancer.

Malfunctions can occur because of various triggers including genetic mutations, infection, toxins or physical injury, all of which have been linked with different forms of neurodegeneration. Initially the innate immune system protects the tissue against these triggers, but prolonged activation becomes self-perpetuating, causing brain cell death to occur.

“We hope this new way of understanding neurodegeneration will lead to new treatments,” Professor Richards says. “We now need to further investigate the immune signaling molecules, to identify new drug targets that will delay the onset and/or halt the progression of these devastating diseases.”

Disclosures: RR has previously been a consultant for Glaxo-Wellcome (later GlaxoSmithKline), but is not currently and was not during the preparation of this manuscript.

Conflict of Interest Statement: The authors declare that the research was conducted in the absence of any commercial or financial relationships that could be construed as a potential conflict of interest.

The Enemy within: Innate Surveillance-Mediated Cell Death, the Common Mechanism of Neurodegenerative Disease

Neurodegenerative diseases comprise an array of progressive neurological disorders all characterized by the selective death of neurons in the central nervous system. Although, rare (familial) and common (sporadic) forms can occur for the same disease, it is unclear whether this reflects several distinct pathogenic pathways or the convergence of different causes into a common form of nerve cell death. Remarkably, neurodegenerative diseases are increasingly found to be accompanied by activation of the innate immune surveillance system normally associated with pathogen recognition and response. Innate surveillance is the cell’s quality control system for the purpose of detecting such danger signals and responding in an appropriate manner. Innate surveillance is an “intelligent system,” in that the manner of response is relevant to the magnitude and duration of the threat. If possible, the threat is dealt with within the cell in which it is detected, by degrading the danger signal(s) and restoring homeostasis. If this is not successful then an inflammatory response is instigated that is aimed at restricting the spread of the threat by elevating degradative pathways, sensitizing neighboring cells, and recruiting specialized cell types to the site. If the danger signal persists, then the ultimate response can include not only the programmed cell death of the original cell, but the contents of this dead cell can also bring about the death of adjacent sensitized cells. These responses are clearly aimed at destroying the ability of the detected pathogen to propagate and spread. Innate surveillance comprises intracellular, extracellular, non-cell autonomous and systemic processes. Recent studies have revealed how multiple steps in these processes involve proteins that, through their mutation, have been linked to many familial forms of neurodegenerative disease. This suggests that individuals harboring these mutations may have an amplified response to innate-mediated damage in neural tissues, and renders innate surveillance mediated cell death a plausible common pathogenic pathway responsible for neurodegenerative diseases, in both familial and sporadic forms. Here we have assembled evidence in favor of the hypothesis that neurodegenerative disease is the cumulative result of chronic activation of the innate surveillance pathway, triggered by endogenous or environmental danger or damage associated molecular patterns in a progressively expanding cascade of inflammation, tissue damage and cell death. 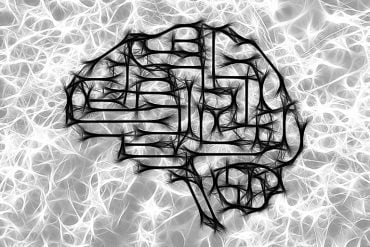 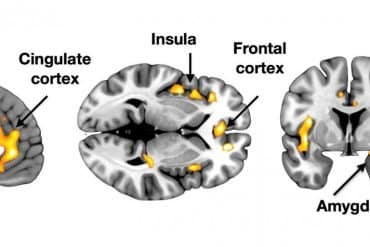 The Neural Basis of Psychopathy