Link Between Hunger and Mood Identified

Summary: Researchers report a sudden drop in glucose when we are hungry can negatively impact our mood.

University of Guelph researchers have revealed that the sudden drop in glucose we experience when we are hungry can impact our mood.

“We found evidence that a change in glucose level can have a lasting effect on mood,” said Prof. Francesco Leri, Department of Psychology. “I was skeptical when people would tell me that they get grouchy if they don’t eat, but now I believe it. Hypoglycemia is a strong physiological and psychological stressor.”

Published in the journal Psychopharmacology, the study examined the impact of a sudden glucose drop on emotional behaviour by inducing hypoglycemia in rats.

“When people think about negative mood states and stress, they think about the psychological factors, not necessarily the metabolic factors,” said PhD student Thomas Horman, who led the study. “But we found poor eating behaviour can have an impact.”

The rats were injected with a glucose metabolism blocker causing them to experience hypoglycemia, and were then placed in a specific chamber. On a separate occasion, they were given an injection of water and placed in a different chamber. When given the choice of which chamber to enter, they actively avoided the chamber where they experienced hypoglycemia.

“This type of avoidance behaviour is an expression of stress and anxiety,” said Leri. “The animals are avoiding that chamber because they had a stressful experience there. They don’t want to experience it again.”

The researchers tested blood levels of the rats after experiencing hypoglycemia and found more corticosterone, an indicator of physiological stress.

The rats also appeared more sluggish when given the glucose metabolism blocker.

“You might argue that this is because they need glucose to make their muscles work,” said Leri. “But when we gave them a commonly used antidepressant medication, the sluggish behaviour was not observed. The animals moved around normally. This is interesting because their muscles still weren’t getting the glucose, yet their behaviour changed.”

This finding supports the idea that the animals experienced stress and depressed mood when they were hypoglycemic, he said.

For people who experience anxiety or depression, the study results have implications for treatment, said Horman.

“The factors that lead someone to develop depression and anxiety can be different from one person to the next. Knowing that nutrition is a factor, we can include eating habits into possible treatment.” 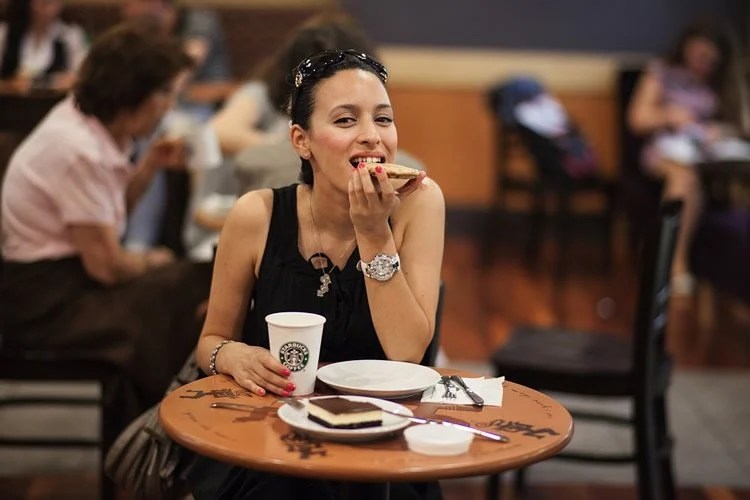 For people who experience anxiety or depression, the study results have implications for treatment, said Horman. NeuroscienceNews.com image is in the public domain.

These findings also provide insight into the connection between depression and diseases such as obesity, diabetes, bulimia and anorexia, Horman said.

Having established that hypoglycemia contributes to negative mood states, the researchers plan to determine whether chronic, long-term hypoglycemia is a risk factor for developing depression-like behaviours.

While missing one meal may make you “hangry,” Horman said, these findings suggest your mood could be impacted if meal-skipping becomes a habit.

“Poor mood and poor eating can become a vicious cycle in that if a person isn’t eating properly, they can experience a drop in mood, and this drop in mood can make them not want to eat. If someone is constantly missing meals and constantly experiencing this stressor, the response could affect their emotional state on a more constant level.”

Hypoglycemia can alter arousal and negatively impact mood. This study tests the hypothesis that acute drops in glucose metabolism cause an aversive state mediated by monoamine activity. In experiment 1, male Sprague-Dawley rats were either food deprived (FD) or pre-fed (PF) and tested on conditioned place avoidance (CPA; biased place conditioning design; 3 pairings drug/vehicle, each 30 min-long) induced by the glucose antimetabolite 2-deoxy-d-glucose (2-DG; 0, 300 or 500 mg/kg, SC). Locomotion and blood glucose were also assessed. Experiment 2 examined whether clonidine (noradrenergic α2 agonist, 0, 10 or 40 μg/kg, SC) or bupropion (monoamine reuptake blocker, 0, 10 or 30 mg/kg, SC) could alter CPA induced by 500 mg/kg 2-DG. In experiment 3, blood corticosterone (CORT) was measured in response to 500 mg/kg 2-DG, alone or in combination with 40 μg/kg clonidine or 30 mg/kg bupropion. Finally, experiment 4 controlled for possible place conditioning induced by 10 or 40 μg/kg clonidine, or 10 or 30 mg/kg bupropion injected without 2-DG. It was found that 2-DG increased blood glucose and produced a robust CPA. The feeding status of the animals modulated these effects, including CORT levels. Both clonidine and bupropion attenuated the effects of 2-DG on CPA and CORT, but only bupropion reversed suppression of locomotion. Taken together, these results in rats suggest that impaired glucose metabolism can negatively impact arousal and mood via effects on HPA and monoamine systems.

Learning difficulties due to poor connectivity, not specific brain regions