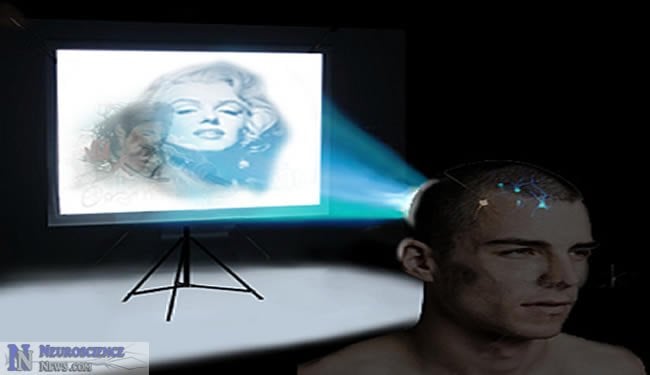 Subjects learned to control mouse cursors, play video games and alter focus of digital images with their thoughts. The patients were each using brain computer interfaces, deep brain electrodes and software designed for the research.

The article below offers more detail.

Five years ago, neuroscientist Christof Koch of the California Institute of Technology (Caltech), neurosurgeon Itzhak Fried of UCLA, and their colleagues discovered that a single neuron in the human brain can function much like a sophisticated computer and recognize people, landmarks, and objects, suggesting that a consistent and explicit code may help transform complex visual representations into long-term and more abstract memories.

Now Koch and Fried, along with former Caltech graduate student and current postdoctoral fellow Moran Cerf, have found that individuals can exert conscious control over the firing of these single neurons—despite the neurons’ location in an area of the brain previously thought inaccessible to conscious control—and, in doing so, manipulate the behavior of an image on a computer screen.

The work, which appears in a paper in the October 28 issue of the journal Nature, shows that “individuals can rapidly, consciously, and voluntarily control neurons deep inside their head,” says Koch, the Lois and Victor Troendle Professor of Cognitive and Behavioral Biology and professor of computation and neural systems at Caltech.

The study was conducted on 12 epilepsy patients at the David Geffen School of Medicine at UCLA, where Fried directs the Epilepsy Surgery Program. All of the patients suffered from seizures that could not be controlled by medication. To help localize where their seizures were originating in preparation for possible later surgery, the patients were surgically implanted with electrodes deep within the centers of their brains. Cerf used these electrodes to record the activity, as indicated by spikes on a computer screen, of individual neurons in parts of the medial temporal lobe—a brain region that plays a major role in human memory and emotion.

Prior to recording the activity of the neurons, Cerf interviewed each of the patients to learn about their interests. “I wanted to see what they like—say, the band Guns N’ Roses, the TV show House, and the Red Sox,” he says. Using that information, he created for each patient a data set of around 100 images reflecting the things he or she cares about. The patients then viewed those images, one after another, as Cerf monitored their brain activity to look for the targeted firing of single neurons. “Of 100 pictures, maybe 10 will have a strong correlation to a neuron,” he says. “Those images might represent cached memories—things the patient has recently seen.”

The four most strongly responding neurons, representing four different images, were selected for further investigation. “The goal was to get patients to control things with their minds,” Cerf says. By thinking about the individual images—a picture of Marilyn Monroe, for example—the patients triggered the activity of their corresponding neurons, which was translated first into the movement of a cursor on a computer screen. In this way, patients trained themselves to move that cursor up and down, or even play a computer game.

But, says Cerf, “we wanted to take it one step further than just brain–machine interfaces and tap into the competition for attention between thoughts that race through our mind.”

To do that, the team arranged for a situation in which two concepts competed for dominance in the mind of the patient. “We had patients sit in front of a blank screen and asked them to think of one of the target images,” Cerf explains. As they thought of the image, and the related neuron fired, “we made the image appear on the screen,” he says. That image is the “target.” Then one of the other three images is introduced, to serve as the “distractor.”

“The patient starts with a 50/50 image, a hybrid, representing the ‘marriage’ of the two images,” Cerf says, and then has to make the target image fade in—just using his or her mind—and the distractor fade out. During the tests, the patients came up with their own personal strategies for making the right images appear; some simply thought of the picture, while others repeated the name of the image out loud or focused their gaze on a particular aspect of the image. Regardless of their tactics, the subjects quickly got the hang of the task, and they were successful in around 70 percent of trials.

Notably, even in cases where the patients were on the verge of failure—with, say, the distractor image representing 90 percent of the composite picture, so that it was essentially all the patients saw—”they were able to pull it back,” Cerf says. Imagine, for example, that the target image is Bill Clinton and the distractor George Bush. When the patient is “failing” the task, the George Bush image will dominate. “The patient will see George Bush, but they’re supposed to be thinking about Bill Clinton. So they shut off Bush—somehow figuring out how to control the flow of that information in their brain—and make other information appear. The imagery in their brain,” he says, “is stronger than the hybrid image on the screen.”

According to Koch, what is most exciting “is the discovery that the part of the brain that stores the instruction ‘think of Clinton’ reaches into the medial temporal lobe and excites the set of neurons responding to Clinton, simultaneously suppressing the population of neurons representing Bush, while leaving the vast majority of cells representing other concepts or familiar person untouched.”