When Emotional Memories Intrude, Focusing on Context Could Help

Summary: A new study reveals focusing attention to the context of a memory, rather than the emotional aspects, increases activity in brain regions associated with executive function and attention.

When negative memories intrude, focusing on the contextual details of the incident rather than the emotional fallout could help minimize cognitive disruption and redirect the brain’s resources to the task at hand, suggests a new study by psychologists at the University of Illinois.

“Everyone has encountered something distressing either in the recent past or the remote past. These memories can pop into our minds and distract from whatever we are doing,” said study leader Florin Dolcos, a professor of psychology at Illinois. “Understanding what we can do to stay focused is important, not only for people in extreme cases where such memories can lead to difficulties in daily living – such as those with post-traumatic stress disorder, anxiety or depression – but for everyone.”

In a paper published in the journal Cerebral Cortex, the researchers examined how brain activity and performance on a memory task changed when the participants were told to focus on the emotional or contextual aspects of triggered memories.

Thirty-three study participants completed detailed, lengthy surveys asking about a variety of events in their lives. One to two weeks later, participants performed cognitive memory tasks during a functional MRI scan, which is used to monitor activity in the brain. The researchers chose descriptions of negative events that the participants had written about, from sporting defeats to personal losses, and used them to trigger those memories during the tasks.

“They provided the cues themselves, so when we presented those cues in the scanner, we were sure we were triggering specific memories,” said Sanda Dolcos, a professor of psychology and co-author of the study. “When they filled out the questionnaire, they did not know that we would trigger those memories when they came to do the task.”

For half of the triggered memories, the participants were instructed to focus on the emotional aspects of their memories; for the other half, the participants were instructed to shift their focus away from the emotion and toward the contextual details of the memory, such as where the incident happened, who they were with, what they were wearing and other details.

“When subjects focused on the emotional aspect of their memories – how they felt, including the physical sensations – their cognitive performance was lower relative to their control tasks,” said Alexandru Iordan, the first author of the paper who recently graduated from Dolcos’ group with a Ph.D. and is now at the University of Michigan. “But when they were focusing on the nonemotional, contextual aspects, then their working memory performance was not impacted. They had better task performance and less negative effects when focusing on context than when focusing on emotion.”

The fMRI also found changes in brain activity. When participants focused on emotion, there was increased activity in regions of the brain involving emotional processing, but reduced activity in regions involved in executive function, such as reasoning and memory. However, when the participants focused on contextual details of their memories, there was a dampening in the regions involved in distraction and emotional processing and an increase in both activity and communication among regions associated with executive function and attention.

“When regions in the brain that are involved in processing emotion are stimulated, it takes resources away from regions that are helping you stay focused on the task at hand,” Florin Dolcos said. “With this shift in focus from emotion to context, you’re putting resources back into the regions that are processing the task.”

The researchers say the technique of focusing on context could help those who struggle with intrusive or distracting emotional memories to have a quick response ready so that when those memories are triggered, they can focus on the task at hand and then later process the memories more deeply with other techniques, such as cognitive reappraisal. 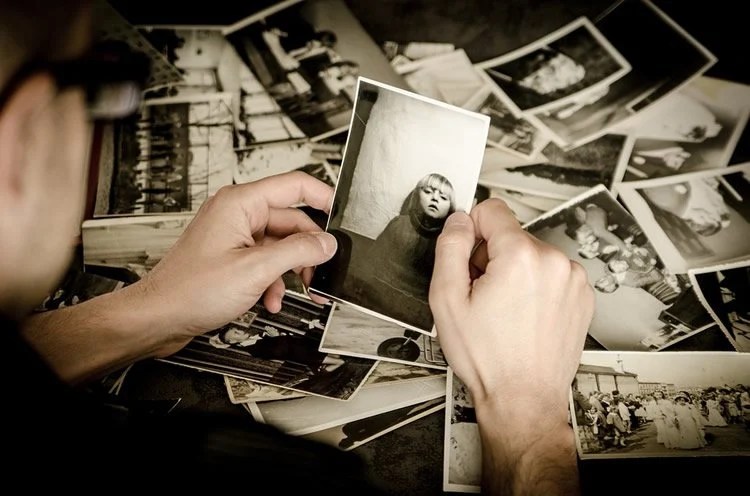 For half of the triggered memories, the participants were instructed to focus on the emotional aspects of their memories; for the other half, the participants were instructed to shift their focus away from the emotion and toward the contextual details of the memory, such as where the incident happened, who they were with, what they were wearing and other details. NeuroscienceNews.com image is in the public domain.

“This is important because another emotional strategy that people employ against such memories is suppression, which means bottling up your emotions. Suppression is actually associated with such clinical conditions as anxiety and depression, and it is not healthy,” Florin Dolcos said. “Instead of suppressing or stifling those emotional memories, we simply shift the focus and bring to life some other aspects of the same memory. That leads to a reduction in how much those memories interfere with whatever we’re doing.”

The researchers are working with subjects with depression and PTSD to evaluate the effectiveness of their technique over time.

“We are also working on interventions to help people learn these strategies and apply them on a day-to-day basis,” Sanda Dolcos said. “The beauty of this strategy is that it both reduces the emotional response of the intrusive memory and doesn’t affect cognitive performance. Anyone can use it at any time.”

Funding: The University of Illinois funded this work. Florin and Sanda Dolcos are also affiliated with the Beckman Institute for Advanced Science and Technology at Illinois.

Emotional distraction may come from the external world and from our mind, as internal distraction. Although external emotional distraction has been extensively investigated, less is known about the mechanisms associated with the impact of internal emotional distraction on cognitive performance, and those involved in coping with such distraction. These issues were investigated using a working memory task with emotional distraction, where recollected unpleasant autobiographical memories served as internal emotional distraction. Emotion regulation was manipulated by instructing participants to focus their attention either on or away from the emotional aspects of their memories. Behaviorally, focusing away from emotion was associated with better working memory performance than focusing on the recollected emotions. Functional MRI data showed reduced response in brain regions associated with the salience network, coupled with greater recruitment of executive prefrontal and memory-related temporoparietal regions, and with increased frontoparietal connectivity, when subjects focused on nonemotional contextual details of their memories. Finally, temporal dissociations were also identified between regions involved in self-referential (showing faster responses) versus context-related processing (showing delayed responses). These findings demonstrate that focused attention is an effective regulation strategy in coping with internal distraction, and are relevant for understanding clinical conditions where coping with distressing memories is dysfunctional.