Summary: 10(Z)-hexadecenoic acid, a fatty acid found in the soil based bacterium Mycobacterium vaccae, interacts with immune cells to inhibit pathways that drive inflammation and increases resilience to stress. Researchers say the findings could bring us one step closer to developing a microbe-based “stress vaccine”.

Thirty years after scientists coined the term “hygiene hypothesis” to suggest that increased exposure to microorganisms could benefit health, University of Colorado Boulder researchers have identified an anti-inflammatory fat in a soil-dwelling bacterium that may be responsible.

The discovery, published Monday in the journal Psychopharmacology, may at least partly explain how the bacterium, Mycobacterium vaccae, quells stress-related disorders. It also brings the researchers one step closer to developing a microbe-based “stress vaccine.”

“We think there is a special sauce driving the protective effects in this bacterium, and this fat is one of the main ingredients in that special sauce,” said senior author and Integrative Physiology Professor Christopher Lowry.

British scientist David Strachan first proposed the controversial “hygiene hypothesis” in 1989, suggesting that in our modern, sterile world, lack of exposure to microorganisms in childhood was leading to impaired immune systems and higher rates of allergies and asthma.

Researchers have since refined that theory, suggesting that it is not lack of exposure to disease-causing germs at play, but rather to “old friends” – beneficial microbes in soil and the environment – and that mental health is also impacted.

“The idea is that as humans have moved away from farms and an agricultural or hunter-gatherer existence into cities, we have lost contact with organisms that served to regulate our immune system and suppress inappropriate inflammation,” said Lowry, who prefers the phrases ‘old friends hypothesis’ or ‘farm effect.’ “That has put us at higher risk for inflammatory disease and stress-related psychiatric disorders.”

Lowry has published numerous studies demonstrating a link between exposure to healthy bacteria and mental health.

One showed that children raised in a rural environment, surrounded by animals and bacteria-laden dust, grow up to have more stress-resilient immune systems and may be at lower risk of mental illness than pet-free city dwellers.

Others have shown that when a particular bacterium, Mycobacterium vaccae, is injected into rodents, it alters the animals’ behavior in a way similar to that of antidepressants and has long-lasting anti-inflammatory effects on the brain. Studies suggest exaggerated inflammation boosts risk of trauma- and stressor-related disorders, such as posttraumatic stress disorder (PTSD).

One recent Lowry-authored study, published in the Proceedings of the National Academy of Sciences in 2017, showed that injections of M. vaccae prior to a stressful event could prevent a “PTSD-like” syndrome in mice, fending off stress-induced colitis and making the animals act less anxious when stressed again later.

“We knew it worked, but we didn’t know why,” said Lowry. “This new paper helps clarify that.”

For the new study, Lowry and his team identified, isolated and chemically synthesized a novel lipid, or fatty acid, called 10(Z)-hexadecenoic acid found in Mycobacterium vaccae and used next-generation sequencing techniques to study how it interacted with macrophages, or immune cells, when the cells were stimulated.

They discovered that inside cells, the lipid acted like a key in a lock, binding to a specific receptor, peroxisome proliferator-activated receptor (PPAR), and inhibiting a host of key pathways which drive inflammation. They also found that when cells were pre-treated with the lipid they were more resistant to inflammation when stimulated.

“It seems that these bacteria we co-evolved with have a trick up their sleeve,” said Lowry. “When they get taken up by immune cells, they release these lipids that bind to this receptor and shut off the inflammatory cascade.”

Lowry has long envisioned developing a “stress vaccine” from M. vaccae, which could be given to first responders, soldiers and others in high-stress jobs to help them fend off the psychological damage of stress.

Simply knowing the mechanism of action by which M. vaccae reaps benefits could boost confidence in it as a potential therapeutic. And if further studies show the novel fat alone has therapeutic effects, that molecule could become a target for drug development, he said. 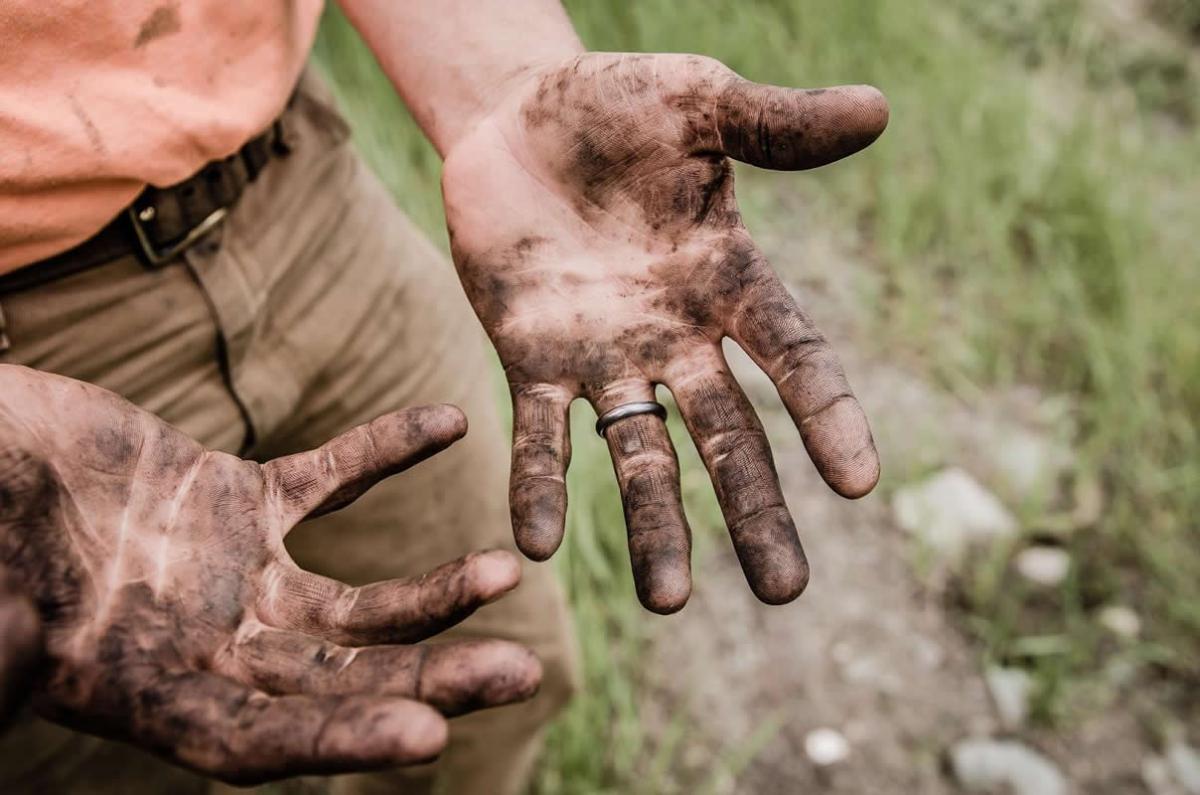 Researchers have since refined that theory, suggesting that it is not lack of exposure to disease-causing germs at play, but rather to “old friends” – beneficial microbes in soil and the environment – and that mental health is also impacted. The image is adapted from the University of Colorado at Boulder news release.

Overall, the study offers further proof that our “old friends” have a lot to offer.

“This is just one strain of one species of one type of bacterium that is found in the soil but there are millions of other strains in soils,” Lowry said. “We are just beginning to see the tip of the iceberg in terms of identifying the mechanisms through which they have evolved to keep us healthy. It should inspire awe in all of us.”

Identification and characterization of a novel anti-inflammatory lipid isolated from Mycobacterium vaccae, a soil-derived bacterium with immunoregulatory and stress resilience properties

Objectives
Our objective was to identify and characterize novel anti-inflammatory molecules from M. vaccae NCTC 11659.

Methods
We have purified and identified a unique anti-inflammatory triglyceride, 1,2,3-tri [Z-10-hexadecenoyl] glycerol, from M. vaccae and evaluated its effects in freshly isolated murine peritoneal macrophages.