Summary: Researchers from EPFL have uncovered how diazepam, a common anxiolytic, can increase mitochondrial activity in neural pathways associated with motivation.

Psychologists speak of anxiety in two forms: “state” anxiety, which refers to anxiety arising from a particular situation; and “trait” anxiety, which refers to anxiety as part of a person’s overall personality. Studies have shown that high trait anxiety can seriously hamper a person’s ability to compete in a social context, thus putting “highly anxious” individuals in a circle of social disadvantage and more anxiety.

Now EPFL scientists have shown that low doses of anxiolytic drugs – such as diazepam (Valium) – can ameliorate this effect by increasing the activity of mitochondria in the neurons of a brain pathway associated with motivation and reward. The work is published in Molecular Psychiatry.

Some people tend to be relaxed while others are perpetually worried and tense. The difference is what psychologists call “trait anxiety”, and studies have shown that can have significant consequences on social life. Specifically, trait anxiety can undermine a person’s confidence in competing for social standing, making them feel overlooked and rejected: a condition psychologists call “social subordination”.

Previous studies have suggested anxiolytic drugs — for example the benzodiazepines, which include diazepam — could perhaps help relieve anxiety-related social subordination, but the evidence has been scarce, and the idea was virtually dismissed by the scientific community.

Wanting to connect this behavioral change to neuroscience, the researchers also looked at the neural circuits it involves. Specifically, they focused on two regions of the brain: First, the ventral tegmental area (VTA), which is one of the brain regions where diazepam is known to act. Second, the nucleus accumbens, which receives input from the VTA, and which the lab has previously shown to be heavily involved in trait anxiety and social competitiveness. Both regions are known to be involved the processing of motivation and reward.

The scientists showed that diazepam increases the release of the neurotransmitter dopamine from VTA neurons to the nucleus accumbens. The increased dopamine acts on specialized receptors on the nucleus accumbens neurons (D1 dopaminergic receptors), and activates them. These in turn trigger a biochemical cascade that increases the activity and energy output of the neurons’ mitochondria — the cell’s powerhouses.

Specifically, the mitochondria increase their “respiration”, which is the set of metabolic reactions that break down glucose and turn it into ATP, the cell’s energy molecule. In short, diazepam increases ATP in the neurons of the nucleus accumbens, and this ultimately enhances the individual’s ability to compete socially.

The work establishes the role of anxiolytics in combating social subordination and, more critically, shows that mitochondrial function is a promising target for drug treatment of anxiety-related social dysfunctions.

“Using a pharmacological approach, we could reveal here key neural mechanisms whereby individuals can rapidly and transiently experience changes in their self-confidence and competitive capacities,” says Carmen Sandi. “However, similar changes in mitochondrial function could also be achieved through behavior-training programs or nutritional interventions.” Her group is already researching effective, non-pharmacological interventions that target the same mechanisms in the brain to ameliorate behavioral dysfunctions related to trait anxiety.

Funbding: This work was funded by the Swiss National Science Foundation (SNSF), EPFL, EMBO and a Marie Curie Fellowship. 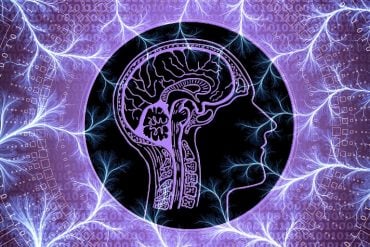