Scientists have shown that transplanting gut bacteria, from an animal that is vulnerable to social stress to a non-stressed animal, can cause vulnerable behavior in the recipient. The research reveals details of biological interactions between the brain and gut that may someday lead to probiotic treatments for human psychiatric disorders such as depression..

“In rats that show depressive-type behavior in a laboratory test, we found that stress changes their gut microbiome–the population of bacteria in the gut,” said study leader Seema Bhatnagar, PhD, a neuroscientist in Department of Anesthesiology and Critical Care at Children’s Hospital of Philadelphia (CHOP). “Moreover, when we transplanted bacteria from those stress-vulnerable rats into rats that had not been stressed, the recipient animals showed similar behavior.”

Bhatnagar added that stress also increased inflammation in the brains of vulnerable rats and that this inflammation appeared in unstressed rats after they received transplants from vulnerable animals.

Bhatnagar leads the Stress Neurobiology Program at CHOP, and many of her co-authors are members of the PennCHOP Microbiome Program, a collaboration between researchers at CHOP and the Perelman School of Medicine at the University of Pennsylvania. The program aims to better understand the communities of microbes inside our bodies and alter their properties to improve human health. Chunyu Zhao, PhD, of that program, performed microbiome data analysis and is a co-author of the paper.

Scientists already know that brain and gut influence each other. In humans, patients with psychiatric disorders have different populations of gut microbes compared to microbes in healthy individuals, with parallel findings also seen in animal models of psychiatric disease. This study investigated mechanisms related to brain inflammation, microbiomes and stress.

“Humans do not all react identically to the same stresses, some are more vulnerable than others to developing psychiatric disorders, others are more resilient,” said Bhatnagar. “Something similar happens in laboratory animals as well.”

In rodents, social hierarchies and territoriality are major sources of stress. In the laboratory, researchers model stressors with validated behavioral tools such as a forced swim test or a social defeat test to examine how animals use coping strategies to deal with stress. Rats that cope more passively are more vulnerable to the effects of stress because they also exhibit more anxiety- and depressive-type behaviors, while rats that cope more actively are resilient to the effects of social stress. Based on these assessments, the researchers classified the animals as either vulnerable or resilient.

The study team then analyzed the fecal microbiomes of vulnerable rats, resilient rats, a non-stressed control group, and a placebo group. They found that vulnerable rats had higher proportions of certain bacteria, such as Clostridia than the other groups.

They then performed fecal transplants from three donor groups: vulnerable rats, resilient rats or control non-stressed rats–into naïve rats, animals that had not been stressed. They found that different microbiomes changed depressive-like behavior. Rats receiving transplants from vulnerable rats were more likely to adopt depressive-like behaviors, whereas rats receiving transplants from resilient animals or non-stressed animals did not exhibit any changes in behavior or in neural measures. Patterns of brain inflammatory processes in recipients also resembled those seen in the brains of vulnerable animals, suggesting that immune-modulating effects of gut bacteria such as Clostridia may have promoted that inflammation. However, transplants did not significantly change anxiety-like behavior. 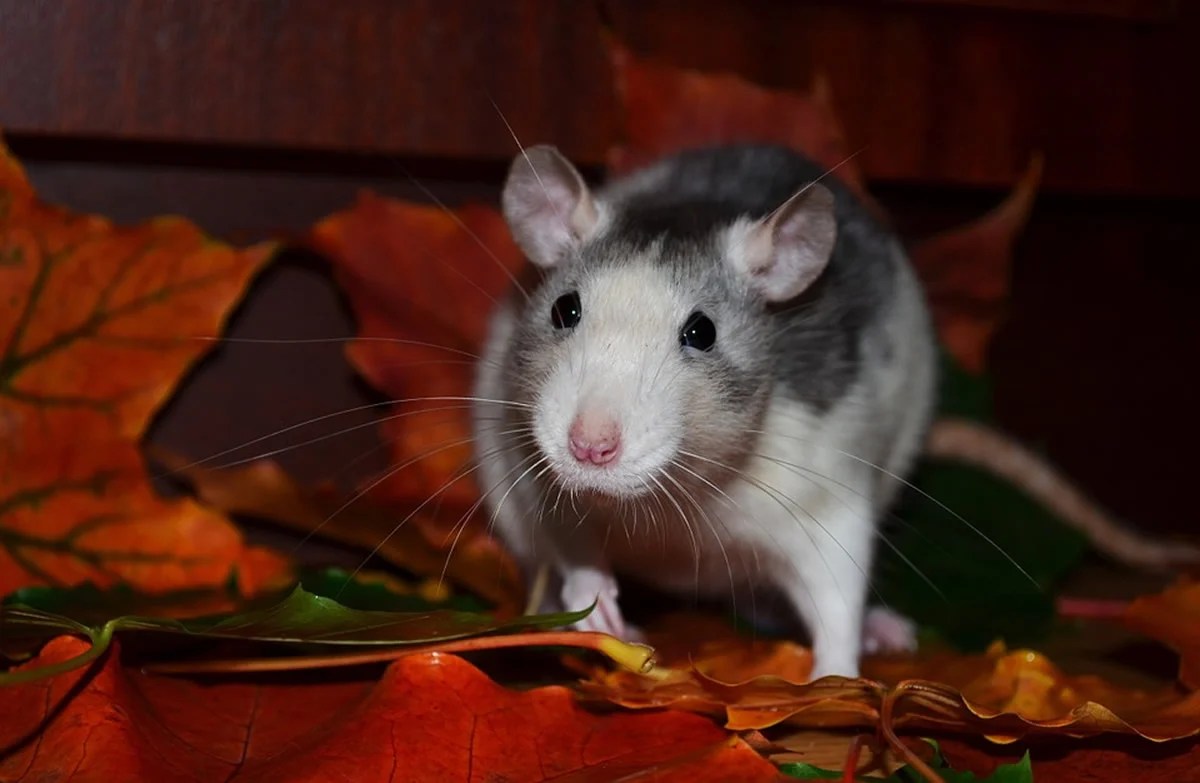 Bhatnagar added that stress also increased inflammation in the brains of vulnerable rats, and that this inflammation appeared in unstressed rats after they received transplants from vulnerable animals. Image is in the public domain.

“Although much more research remains to be done, we can envision future applications in which we could leverage knowledge of microbiome-brain interactions to treat human psychiatric disorders,” said Bhatnagar. “People already are taking over-the-counter probiotics as supplements. If we can eventually validate beneficial behavioral effects from specific bacteria, we could set the stage for new psychiatric treatments.”

Chronic exposure to stress is associated with an increased incidence of depression, generalized anxiety, and PTSD. However, stress induces vulnerability to such disorders only in a subpopulation of individuals, as others remain resilient. Inflammation has emerged as a putative mechanism for promoting stress vulnerability. Using a rodent model of social defeat, we have previously shown that rats with short-defeat latencies (SL/vulnerable rats) show increased anxiety- and depression-like behaviors, and these behaviors are mediated by inflammation in the ventral hippocampus. The other half of socially defeated rats show long-latencies to defeat (LL/resilient) and are similar to controls. Because gut microbiota are important activators of inflammatory substances, we assessed the role of the gut microbiome in mediating vulnerability to repeated social defeat stress. We analyzed the fecal microbiome of control, SL/vulnerable, and LL/resilient rats using shotgun metagenome sequencing and observed increased expression of immune-modulating microbiota, such as Clostridia, in SL/vulnerable rats. We then tested the importance of gut microbiota to the SL/vulnerable phenotype. In otherwise naive rats treated with microbiota from SL/vulnerable rats, there was higher microglial density and IL-1β expression in the vHPC, and higher depression-like behaviors relative to rats that received microbiota from LL/resilient rats, non-stressed control rats, or vehicle-treated rats. However, anxiety-like behavior during social interaction was not altered by transplant of the microbiome of SL/vulnerable rats into non-stressed rats. Taken together, the results suggest the gut microbiome contributes to the depression-like behavior and inflammatory processes in the vHPC of stress vulnerable individuals.