Summary: Older adults with mild cognitive impairment who practiced mindful meditation for 20 minutes a day were more likely to have an understanding of the underlying concepts of mindfulness. The study demonstrates memory impairments associated with MCI do not preclude learning mindfulness skills.

But there may be a safe and feasible non-pharmacological treatment that may help patients living with MCI, according to a small pilot study in the current issue of the Journal of Alzheimer’s Disease led by a neurologist and researcher with Wake Forest Baptist Health.

“Until treatment options that can prevent the progression to Alzheimer’s are found, mindfulness meditation may help patients living with MCI,” said Rebecca Erwin Wells, M.D., M.P.H., associate professor of neurology at Wake Forest School of Medicine, a practicing neurologist at Wake Forest Baptist Medical Center and associate director of clinical research for its Center for Integrative Medicine. “Our study showed promising evidence that adults with MCI can learn to practice mindfulness meditation, and by doing so may boost their cognitive reserve.”

“While the concept of mindfulness meditation is simple, the practice itself requires complex cognitive processes, discipline and commitment,” Wells explained. “This study suggests that the cognitive impairment in MCI is not prohibitive of what is required to learn this new skill.”

Research has demonstrated that high levels of chronic stress negatively impact the hippocampus, a part of the brain involved in memory and learning, and are associated with increased incidence of MCI and Alzheimer’s. Other studies have indicated that non-drug interventions such as aerobic exercise can have positive effects on cognition, stress levels and the brain.

To test whether a mindfulness-based stress-reduction (MBSR) program could benefit adults with MCI, the study team enlisted 14 men and women between the ages of 55 and 90 with clinically diagnosed MCI and randomized them to either an eight-week course involving mindfulness meditation and yoga or a “waiting list” control group.

The researchers previously reported that the nine participants who completed the MBSR program showed trends toward improvements on measures of cognition and well-being and indications of positive impacts on the hippocampus as well as other areas of the brain associated with cognitive decline.

The newly published study adds context to those quantitative findings with a qualitative analysis of the MBSR participants’ responses in interviews conducted at the end of the eight-week course.

“While the MBSR course was not developed or structured to directly address MCI, the qualitative interviews revealed new and important findings specific to MCI,” Wells said. “The participants’ comments and ratings showed that most of them were able to learn the key tenets of mindfulness, demonstrating that the memory impairment of MCI does not preclude learning such skills.” 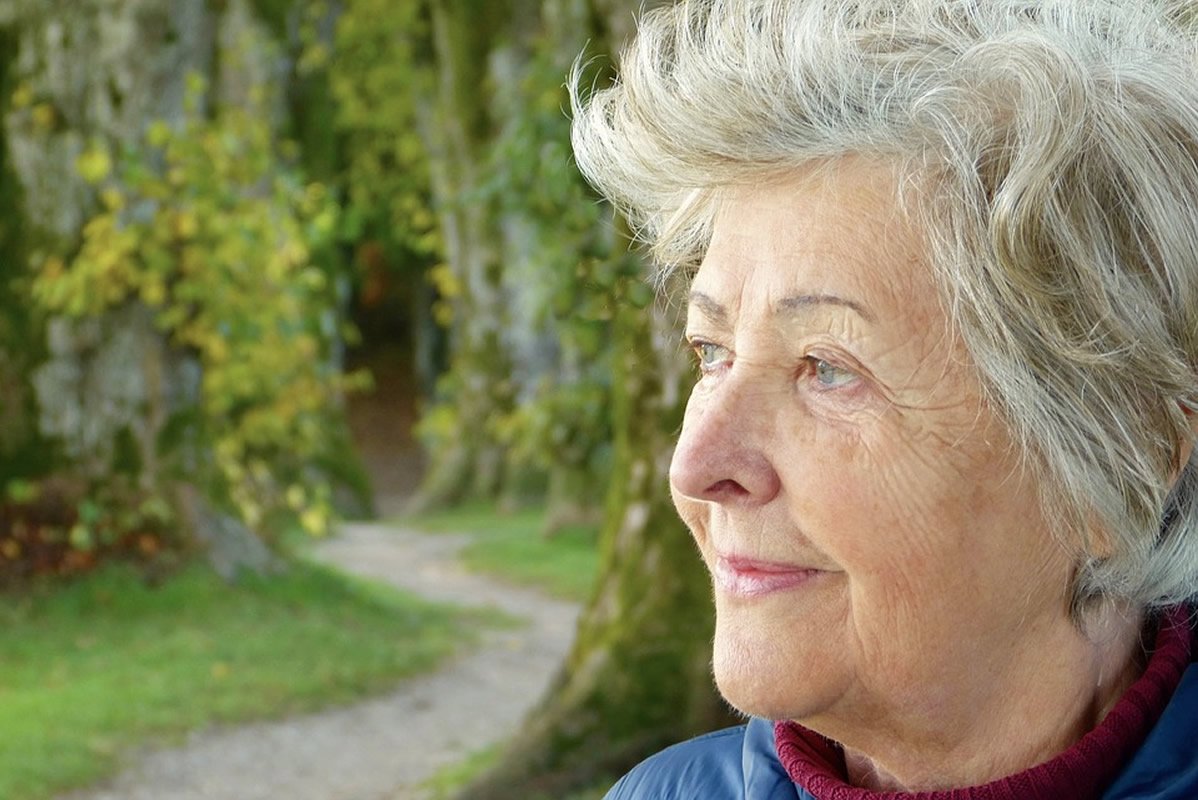 Those participants who practiced at least 20 minutes a day were most likely to have understood the underlying concepts of mindfulness, Wells noted. The image is in the public domain.

Those participants who practiced at least 20 minutes a day were most likely to have understood the underlying concepts of mindfulness, Wells noted.

The limitations of the study include the small sample size and that the results may not generalize to all patients with MCI, as two-thirds of the participants in this study had a college education or more. Additional research is needed to further test the preliminary hypotheses contained in this study.

Methods:
14 adults with MCI were randomized 2:1 to Mindfulness Based Stress Reduction (MBSR) or a wait-list control group. We conducted qualitative interviews with those who completed MBSR. Transcribed interviews were: a) coded using an emergent themes inductive approach informed by grounded theory; b) rated 0–10, with higher scores reflecting greater perceived benefit from, and understanding of, mindfulness meditation. Ratings were correlated with daily home practice times and baseline level of cognitive function.

Results:
Seven themes emerged from the interviews: positive perceptions of class; development of mindfulness skills, including meta-cognition; importance of the group experience; enhanced well-being; shift in MCI perspective; decreased stress reactivity and increased relaxation; improvement in interpersonal skills. Ratings of perceived benefit and understanding ranged from 2–10 (mean = 7) and of 0–9.5 (mean = 6), respectively. Many participants experienced substantial benefit/understanding, some had moderate, and a few had minimal benefit/understanding. Understanding the key concepts of mindfulness was highly positively correlated with ≥20 minutes/day of home practice (r = 0.90) but not with baseline cognitive function (r = 0.13).