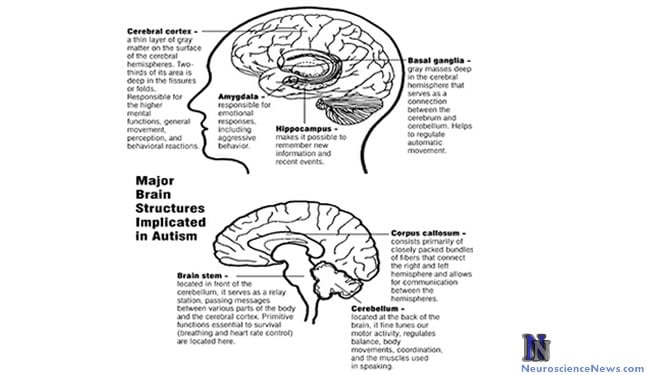 A targeted technique meant to improve social engagement among children with autism spectrum disorders, PRT forgoes the focus on specific skills, to concentrate instead on so-called "pivotal areas," such as motivation, in hopes of inducing a cascading effect with similar impact across multiple areas.
Home
Autism

Behavioral Therapy for Children With Autism Can Impact Brain Function

Work completed at Yale University’s Child Study Center used fMRI as the tool for measuring the impact of Pivotal Response Treatment (PRT), therapy pioneered at UCSB by Robert and Lynn Koegel, directors of the Koegel Autism Center, on both lower- and higher-functioning children with autism receiving PRT for the first time. fMRI allows researchers to see what areas of the brain are active while processing certain stimuli, in this case human motion. Comparing pre- and post-therapy data from the fMRI scans of their 5-year-old subjects, the researchers saw marked, and remarkable, changes in how the children were processing the stimuli. Findings from their study, “Neural Mechanisms of Improvements in Social Motivation After Pivotal Response Treatment,” are published in a recent issue of the Journal of Autism and Developmental Disorders.

“The cool thing that we found was that these kids showed increased activation in regions of the brain utilized by typically developing kids,” explained Avery C. Voos, first-year graduate student at the UCSB-based Koegel Autism Center, and one of the lead authors of the Yale study. “After four months of treatment, they’re starting to use brain regions that typically developing kids are using to process social stimuli.

“We can say that we have shifted the way these children are processing low-level social stimuli, and that’s what we want,” she added. “There’s a social deficit in autism, so any improvement toward social interaction really helps with development. That’s what makes this very exciting, and it speaks to the promise and success of PRT.”

A targeted technique meant to improve social engagement among children with autism spectrum disorders, PRT forgoes the focus on specific skills, like block-building, to concentrate instead on so-called “pivotal areas,” such as motivation, in hopes of inducing a cascading effect with similar impact across multiple areas.

“For instance, if you’re orienting to people, socially it may appear more acceptable, but you’re also getting rich information from those people, which will affect the way you’re interacting with people more broadly,” Voos explained. “Say a child wants to draw, and asks for a red crayon while she has her back to me. I say, ‘I can’t understand what you’re asking if you’re not looking at me.’ Once she orients toward me, we provide a contingent response, in this case, giving her the red crayon, and ideally she begins to understand, ‘Hey, me looking at you and asking for what I want gets me what I want.’ Ultimately, the social interaction becomes the reward on its own, which is the ultimate goal.”

The Yale study involved two children, who each received the same amount of therapy, eight to ten hours each week, for four months, bookended by fMRIs looking at predetermined regions of the brain. Small by design, according to Voos, the project was meant to show that PRT does impact processing, and is not simply inspiring learned behavioral changes. It was also intended as impetus for further, more comprehensive study.

“The logical next step is to assess a larger group of children that are the same age as these two, to see whether these improvements were unique to these kids,” Voos said. “We also want to know if the changes we saw remain after treatment. Long-term, it would be amazing to do this with hundreds of kids, in different age groups, to see what differences there may be. I would postulate that the younger we start these kids in treatment, the more improvement we will see in the way that they process social stimuli.”

And therein lies the larger message of this study, according to Voos.

“Early intervention is wonderful,” she said. “It can make serious improvements not only in overt behavior, but potentially in the way children are processing the world around them and the way they’re processing your interaction with them on a daily basis. Even if they’re only minor changes, the fact that they have those shifts, and are potentially processing social stimuli in a more ‘typical’ manner for the rest of their lives, is pretty powerful to think about.”

“Traditional neuro-imagers will say you can’t do MRI with single subjects,” she acknowledged. “This is still giving us a lot of useful information. It might be a different way of using the technology, but we think it’s beneficial. And we don’t think these are random findings. They make sense to us, and it’s exciting.”

Voos recently applied for a training grant that she hopes will allow her to continue this work at UCSB.