Summary: Researchers report a brain computer interface can enable those with paralysis to directly operate tablet technology just by thinking about cursor movements and clicks.

Tablets and other mobile computing devices are part of everyday life, but using them can be difficult for people with paralysis. New research from the BrainGate* consortium shows that a brain-computer interface (BCI) can enable people with paralysis to directly operate an off-the-shelf tablet device just by thinking about making cursor movements and clicks.

In a study published November 21 in PLOS ONE, three clinical trial participants with tetraplegia, each of whom was using the investigational BrainGate BCI that records neural activity directly from a small sensor placed in the motor cortex, were able to navigate through commonly used tablet programs, including email, chat, music-streaming and video-sharing apps. The participants messaged with family, friends, members of the research team and their fellow participants. They surfed the web, checked the weather and shopped online. One participant, a musician, played a snippet of Beethoven’s “Ode to Joy” on a digital piano interface.

“For years, the BrainGate collaboration has been working to develop the neuroscience and neuroengineering know-how to enable people who have lost motor abilities to control external devices just by thinking about the movement of their own arm or hand,” said Dr. Jaimie Henderson, a senior author of the paper and a Stanford University neurosurgeon. “In this study, we’ve harnessed that know-how to restore people’s ability to control the exact same everyday technologies they were using before the onset of their illnesses. It was wonderful to see the participants express themselves or just find a song they want to hear.”

The investigational BrainGate BCI includes a baby aspirin-sized implant that detects the signals associated with intended movements produced in the brain’s motor cortex. Those signals are then decoded and routed to external devices. BrainGate researchers and other groups using similar technologies have shown that the device can enable people to move robotic arms or to regain control of their own limbs, despite having lost motor abilities from illness or injury. This study from the collaboration includes scientists, engineers and physicians from Brown University’s Carney Institute for Brain Science, the Providence Veterans Affairs Medical Center (PVAMC), Massachusetts General Hospital (MGH) and Stanford University.

Two of the participants in this latest study had weakness or loss of movement of their arms and legs due to amyotrophic lateral sclerosis (ALS), a progressive disease affecting the nerves in the brain and spine that control movement. The third participant was paralyzed due to a spinal cord injury. All were enrolled in a clinical trial aimed at assessing the safety and feasibility of the investigational BrainGate system.

For this study, neural signals from the BrainGate BCI were routed to a Bluetooth interface configured to work like a wireless mouse. The virtual mouse was then paired to an unmodified Google Nexus 9 tablet. The participants were then asked to perform a set of tasks designed to see how well they were able to navigate within a variety of commonly used apps, and move from app to app. The participants browsed through music selections on a streaming service, searched for videos on YouTube, scrolled through a news aggregator and composed emails and chats.

The participants reported finding the interface intuitive and fun to use, the study noted. One said, “It felt more natural than the times I remember using a mouse.” Another reported having “more control over this than what I normally use.”

The researchers were pleased to see how quickly the participants used the tablet interface to explore their hobbies and interests.

“It was great to see our participants make their way through the tasks we asked them to perform, but the most gratifying and fun part of the study was when they just did what they wanted to do — using the apps that they liked for shopping, watching videos or just chatting with friends,” said lead author Dr. Paul Nuyujukian, a bioengineer at Stanford. “One of the participants told us at the beginning of the trial that one of the things she really wanted to do was play music again. So to see her play on a digital keyboard was fantastic.”

The fact that the tablet devices were entirely unaltered and had all preloaded accessibility software turned off was an important part of the study, the researchers said.

“The assistive technologies that are available today, while they’re important and useful, are all inherently limited in terms of either the speed of use they enable, or the flexibility of the interface,” said Krishna Shenoy, a senior author of the paper and an electrical engineer and neuroscientist at Stanford University and Howard Hughes Medical Institute. “That’s largely because of the limited input signals that are available. With the richness of the input from the BCI, we were able to just buy two tablets on Amazon, turn on Bluetooth and the participants could use them with our investigational BrainGate system right out of the box.”

The researchers say that the study also has the potential to open important new lines of communication between patients with severe neurological deficits and their health care providers.

“This has great potential for restoring reliable, rapid and rich communication for somebody with locked-in syndrome who is unable to speak,” said Jose Albites Sanabria, who performed this research as a graduate student in biomedical engineering at Brown University. “That not only could provide increased interaction with their family and friends, but can provide a conduit for more thoroughly describing ongoing health issues with caregivers.”

“When I see somebody in the neuro-intensive care unit who has had an acute stroke and has lost the ability to move or communicate, I’d like to be able to say, ‘I’m very sorry this has happened, but we can restore your ability to use the technologies you were using before this happened, and you’ll be able to use them again tomorrow,'” Hochberg said. “And we are getting closer to being able to tell someone who has been diagnosed with ALS, ‘even while we continue to seek out a cure, you will never lose the ability to communicate.’ This work is a step toward those goals.”

Cortical control of a tablet computer by people with paralysis

General-purpose computers have become ubiquitous and important for everyday life, but they are difficult for people with paralysis to use. Specialized software and personalized input devices can improve access, but often provide only limited functionality. In this study, three research participants with tetraplegia who had multielectrode arrays implanted in motor cortex as part of the BrainGate2 clinical trial used an intracortical brain-computer interface (iBCI) to control an unmodified commercial tablet computer. Neural activity was decoded in real time as a point-and-click wireless Bluetooth mouse, allowing participants to use common and recreational applications (web browsing, email, chatting, playing music on a piano application, sending text messages, etc.). Two of the participants also used the iBCI to “chat” with each other in real time. This study demonstrates, for the first time, high-performance iBCI control of an unmodified, commercially available, general-purpose mobile computing device by people with tetraplegia. 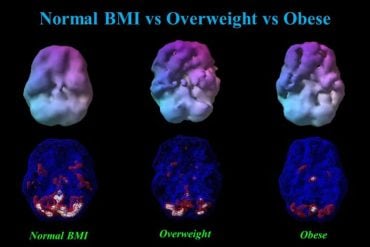 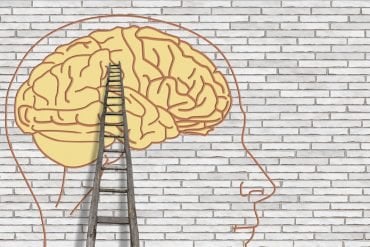 Your Brain Gets Bigger If You’re Anxious and Depressed 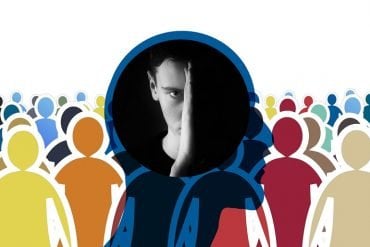 Allelic Imbalance of Chromatin Openness Is Linked to Neuropsychiatric Disorders