Summary: Study reports dogs communicate distress more effectively via vocalizations than cats. Owning a pet makes you more sensitive to the negative vocalizations of both cats and dogs.

We are all familiar with the sounds of a cat or dog vying for human attention, and for pet-owners, these sounds are particularly evocative. Dog sounds are especially sad to both cat and dog owners, who actually rate a whimpering dog as sounding as sad as a crying baby.

These results are reported in the new study, Pawsitively sad: pet-owners are more sensitive to negative emotion in animal distress vocalizations, from Associate Professor, Christine Parsons, who is based at the Interacting Minds Centre at the Department of Clinical medicine at Aarhus University, Denmark. She is the first author of the scientific article, just published in the journal “Royal Society Open Science“.

“Pet ownership is associated with greater sensitivity to pet distress sounds, and it may be part of the reason why we are willing to spend large amounts of time and resources on our domestic companions. It might also explain why we find interacting with pets so rewarding, and are emotionally impacted by both positive communication signals, like purring and negative, like meows or whines”, says Christine Parsons.

She explains that the work was carried out as part of building a major database of emotional sounds – originally developed to test the instinctive responses that parents have to their children. In this study, Parsons has worked with researchers from the University of Oxford, the University of California LA, and King’s College of London.

“The result suggests that dogs, more effectively than cats, communicate distress to humans and that pet ownership is linked to greater emotional sensitivity to these sounds. For sounds that we need to respond to, like a dog that is utterly dependent on its human host for food and care, it makes sense that we find these sounds emotionally compelling,” says Christine Parsons.

Parsons’s collaborator, Katherine Young, a lecturer at King’s College London and senior author, also points out that dog owners in general spend more time providing basic care to their pets than cat owners. Dog owners need to take their pets for walks, they need more dedicated care, while cat owners have fewer obligations. Cats are semi-domesticated, and generally retain their independence, along with an air of mystique. They come and go as they please.

“This difference in animal dependence may explain why dog whines are rated as more negative than cat meows by all adults, including cat-owners. Dogs may simply have more effective distress signals than cats”, says Katherine Young.

According to Christine Parsons the study also found no evidence to support the longstanding ‘crazy cat lady’ stereotype. Female cat owners have, for many years, been portrayed as neurotic, lonely, sexless and eccentric. Dog owners, and dog ownership is seen more positively, associated with benefits like the ‘Lassie effect’. Named after the TV collie, Lassie, dog owners typically get more physical exercise than non-owners, a happy side-effect of dog walks. 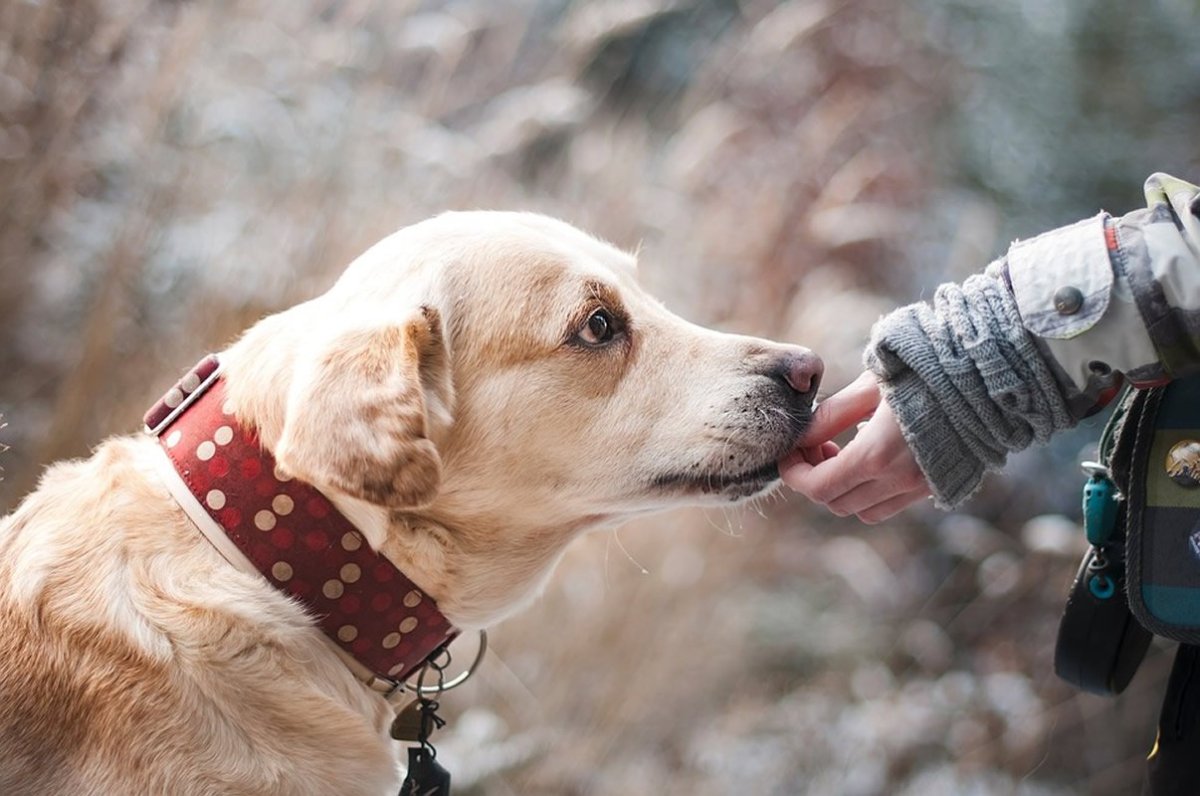 The result suggests that dogs, more effectively than cats, communicate distress to humans and that pet ownership is linked to greater emotional sensitivity to these sounds. The image is in the public domain.

“In general, we think of dog owners in more positive terms than cat owners. In our study, we were able to test how cat-owners, dog owners and people with no pets responded on a series of robust psychological measures. We found no differences,” Christine Parsons says.

“For symptoms of anxiety, depression and self-reported experiences in close relationships, we found no differences between adults with and without pets. We suggesting that cat or dog ownership is not necessarily associated with individual differences in psychological health, at least as tested here.”

Pets have numerous, effective methods to communicate with their human hosts. Perhaps most conspicuous of these are distress vocalizations: in cats, the ‘miaow’ and in dogs, the ‘whine’ or ‘whimper’. We compared a sample of young adults who owned cats and or dogs (‘pet-owners’ n = 264) and who did not (n = 297) on their ratings of the valence of animal distress vocalizations, taken from a standardized database of sounds. We also examined these participants’ self-reported symptoms of anxiety and depression, and their scores on a measure of interpersonal relationship functioning. Pet-owners rated the animal distress vocalizations as sadder than adults who did not own a pet. Cat-owners specifically gave the most negative ratings of cat miaows compared with other participants, but were no different in their ratings of other sounds. Dog sounds were rated more negatively overall, in fact as negatively as human baby cries. Pet-owning adults (cat only, dog only, both) were not significantly different from adults with no pets on symptoms of depression, anxiety or on self-reported interpersonal relationship functioning. We suggest that pet ownership is associated with greater sensitivity to negative emotion in cat and dog distress vocalizations.