Salk Institute researchers have found that an experimental drug candidate aimed at combating Alzheimer’s disease has a host of unexpected anti-aging effects in animals.

The Salk team expanded upon their previous development of a drug candidate, called J147, which takes a different tack by targeting Alzheimer’s major risk factor–old age. In the new work, the team showed that the drug candidate worked well in a mouse model of aging not typically used in Alzheimer’s research. When these mice were treated with J147, they had better memory and cognition, healthier blood vessels in the brain and other improved physiological features, as detailed November 12, 2015 in the journal Aging.

“Initially, the impetus was to test this drug in a novel animal model that was more similar to 99 percent of Alzheimer’s cases,” says Antonio Currais, the lead author and a member of Professor David Schubert’s Cellular Neurobiology Laboratory at Salk. “We did not predict we’d see this sort of anti-aging effect, but J147 made old mice look like they were young, based upon a number of physiological parameters.”

Alzheimer’s disease is a progressive brain disorder, recently ranked as the third leading cause of death in the United States and affecting more than five million Americans. It is also the most common cause of dementia in older adults, according to the National Institutes of Health.

“While most drugs developed in the past 20 years target the amyloid plaque deposits in the brain (which are a hallmark of the disease), none have proven effective in the clinic,” says Schubert, senior author of the study.

Several years ago, Schubert and his colleagues began to approach the treatment of the disease from a new angle. Rather than target amyloid, the lab decided to zero in on the major risk factor for the disease–old age. Using cell-based screens against old age-associated brain toxicities, they synthesized J147.

Previously, the team found that J147 could prevent and even reverse memory loss and Alzheimer’s pathology in mice that have a version of the inherited form of Alzheimer’s, the most commonly used mouse model. However, this form of the disease comprises only about 1 percent of Alzheimer’s cases. For everyone else, old age is the primary risk factor, says Schubert. The team wanted to explore the effects of the drug candidate on a breed of mice that age rapidly and experience a version of dementia that more closely resembles the age-related human disorder. 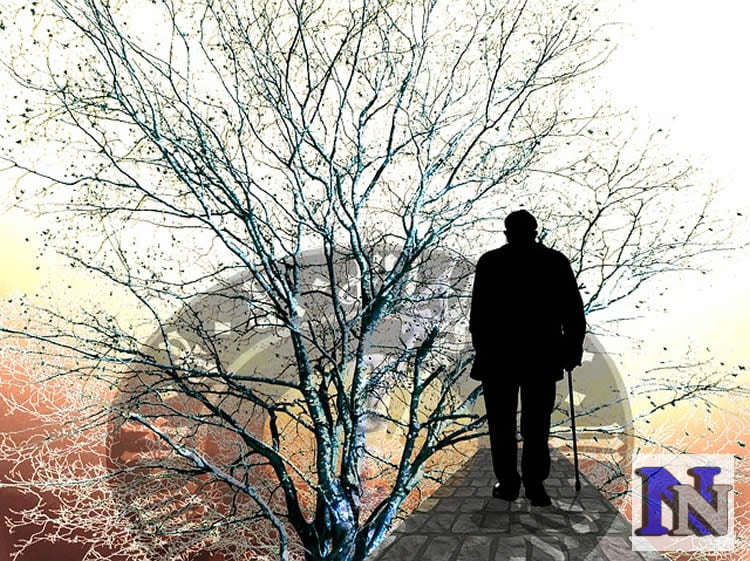 Alzheimer’s disease is a progressive brain disorder, recently ranked as the third leading cause of death in the United States and affecting more than five million Americans. It is also the most common cause of dementia in older adults, according to the National Institutes of Health. Image is for illustrative purposes only.

The old mice that received J147 performed better on memory and other tests for cognition and also displayed more robust motor movements. The mice treated with J147 also had fewer pathological signs of Alzheimer’s in their brains. Importantly, because of the large amount of data collected on the three groups of mice, it was possible to demonstrate that many aspects of gene expression and metabolism in the old mice fed J147 were very similar to those of the young animals. These included markers for increased energy metabolism, reduced brain inflammation and reduced levels of oxidized fatty acids in the brain.

Another notable effect was that J147 prevented the leakage of blood from the microvessels in the brains of old mice. “Damaged blood vessels are a common feature of aging in general, and in Alzheimer’s, it is frequently much worse,” says Currais.

Currais and Schubert note that while these studies represent a new and exciting approach to Alzheimer’s drug discovery and animal testing in the context of aging, the only way to demonstrate the clinical relevance of the work is to move J147 into human clinical trials for Alzheimer’s disease.

“If proven safe and effective for Alzheimer’s, the apparent anti-aging effect of J147 would be a welcome benefit,” adds Schubert. The team aims to begin human trials next year.

About this neuroscience and aging research

Other authors on the paper include Oswald Quehenberger of the University of California, San Diego; and Joshua Goldberg, Catherine Farrokhi, Max Chang, Marguerite Prior, Richard Dargusch, Daniel Daugherty and Pamela Maher of the Salk Institute.

Funding: This study was supported by the Salk Institute Pioneer Fund Postdoctoral Scholar Award and the Salk Nomis Fellowship Award, fellowships from the Hewitt Foundation and Bundy Foundation, and grants from the Burns Foundation and NIH.

Because age is the greatest risk factor for sporadic Alzheimer’s disease (AD), phenotypic screens based upon old age-associated brain toxicities were used to develop the potent neurotrophic drug J147. Since certain aspects of aging may be primary cause of AD, we hypothesized that J147 would be effective against AD-associated pathology in rapidly aging SAMP8 mice and could be used to identify some of the molecular contributions of aging to AD. An inclusive and integrative multiomics approach was used to investigate protein and gene expression, metabolite levels, and cognition in old and young SAMP8 mice. J147 reduced cognitive deficits in old SAMP8 mice, while restoring multiple molecular markers associated with human AD, vascular pathology, impaired synaptic function, and inflammation to those approaching the young phenotype. The extensive assays used in this study identified a subset of molecular changes associated with aging that may be necessary for the development of AD.